[OPINION] ‘Vote out Trump’ is not just a partisan fight as more Republicans rebuke Trump, endorse Biden to save the democracy and soul of America

Nail salons allowed to reopen in California, but final decision up to counties 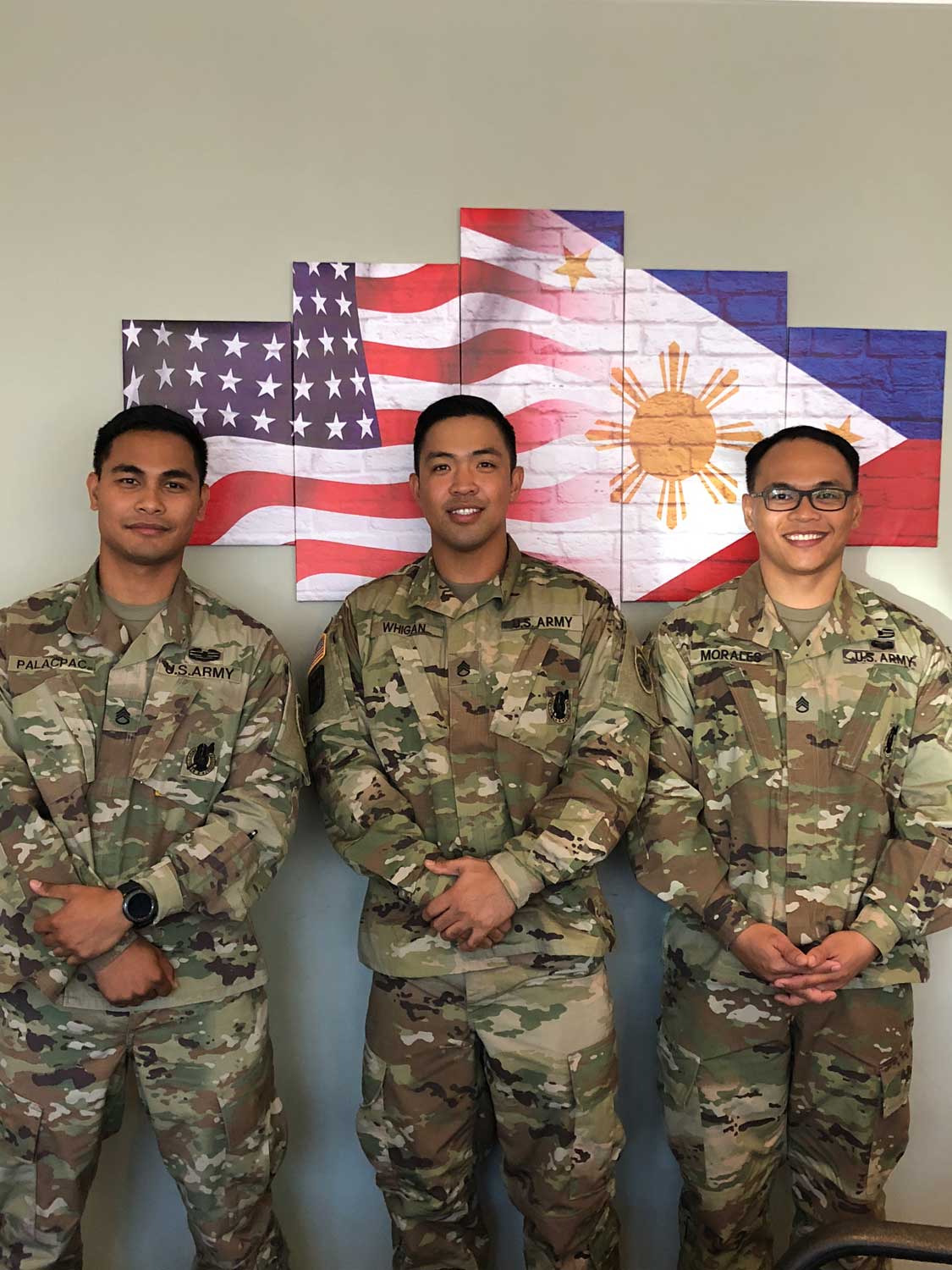 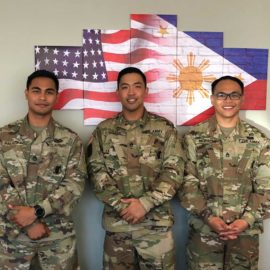 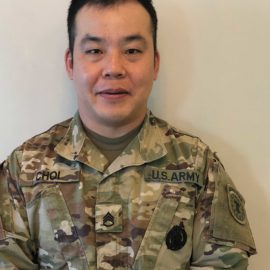 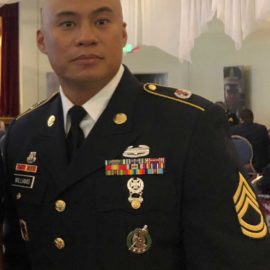 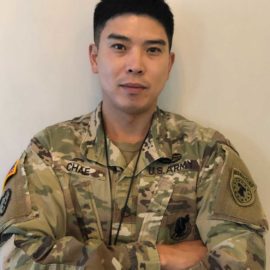 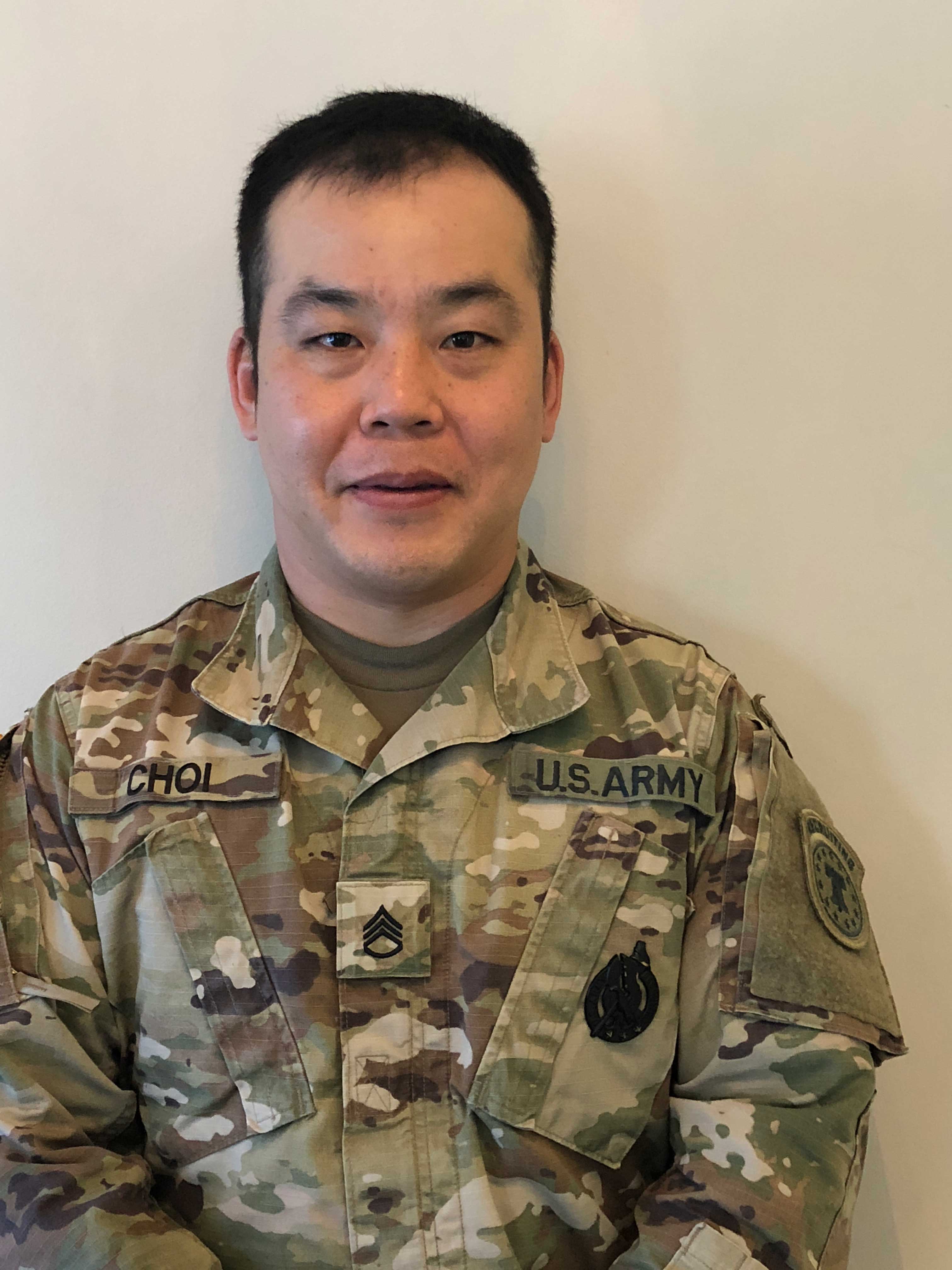 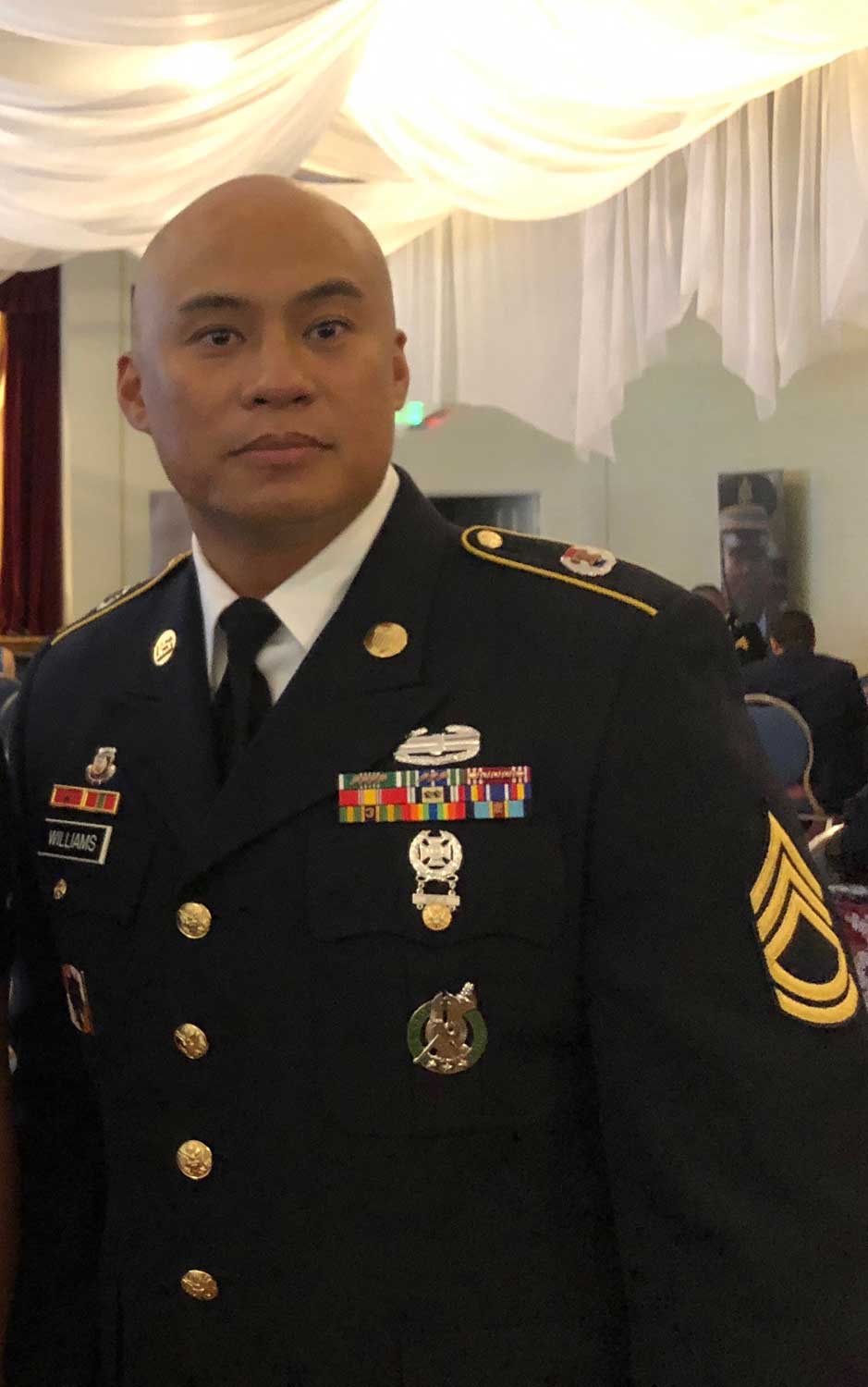 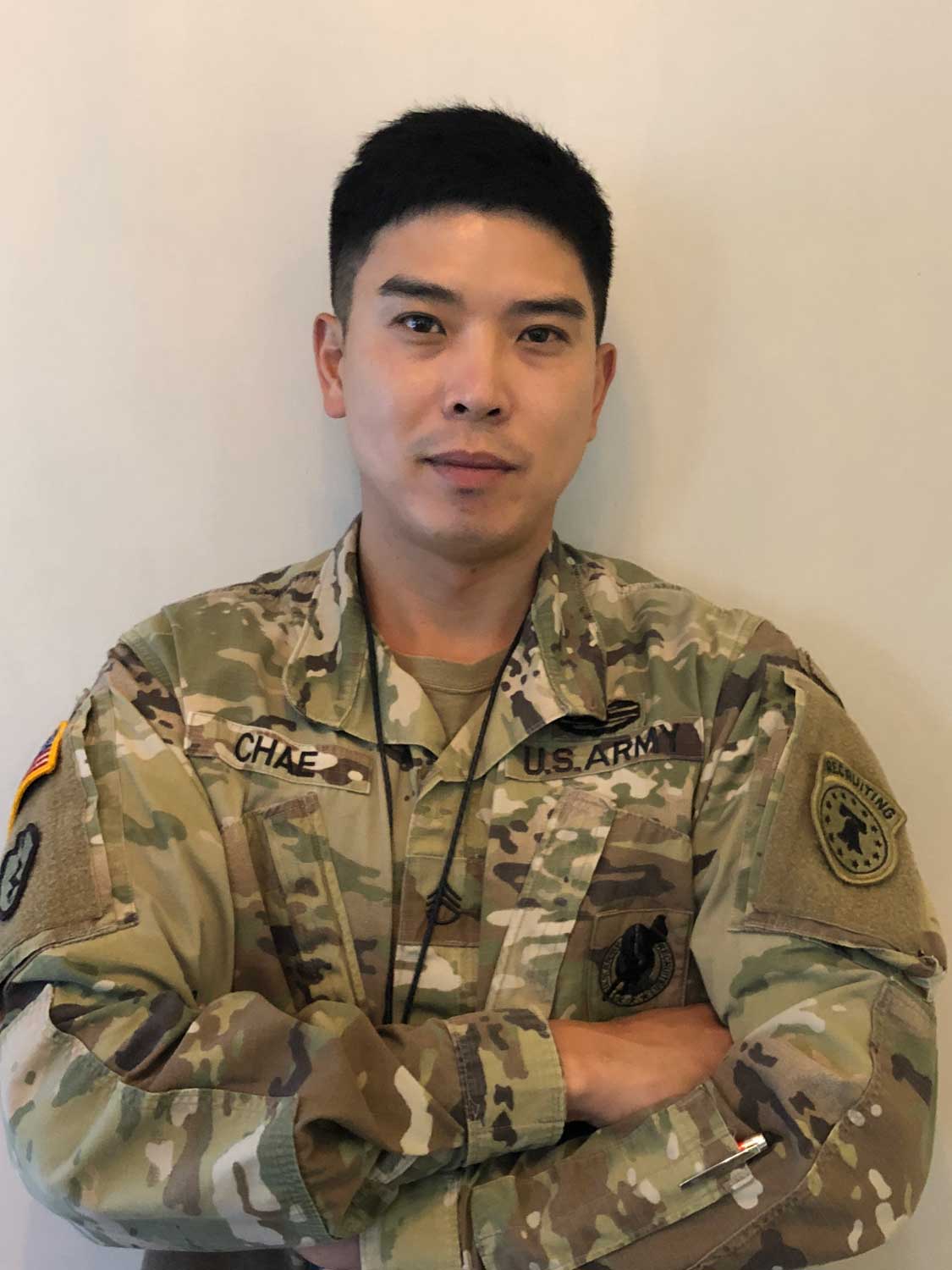 IN recent years, estimates have found that only 1 percent of young Americans are eligible to join military service.

For the U.S. Army, there are about 33.4 million Americans between the ages of 17 to 24, the ideal group it is targeting for recruitment. But of that number, only 9.7 million are qualified, while 136,000 are even interested in joining, according to a report by the Army Times.

The requirements to enlist in the Army include between 17 and 34 years old, U.S. citizen or legal permanent resident, have a high school diploma or equivalent, score at least a 33 on the Armed Forces Qualification Test, and meet height and weight requirements, among others.

There are many misconceptions about Army service, such as the major one about how enlisting means automatically being put on the battlefield and being ready to fight in a war.

However, the Southern California-based recruiters the Asian Journal interviewed shared that the upsides of joining the Army outweigh those misconceptions. Currently, recruiters are doubling down on efforts to find future soldiers, whether it’s using social media or going to local high schools to talk about their experiences.

“When you come into a recruitment station, there’s no commitment. All we’re doing is talking,” Filipino-American SSG Alvic Morales of the Army Recruiting Station in Carson said.

Sharing success stories of why soldiers joined the Army is one of the key ways recruiters have been able to convince others to enlist. Staff Sergeant (SSG) Nak Chae of the U.S. Army Recruiting Station in Koreatown, Los Angeles, who has been a member of the Army for nearly 10 years, cited the recent example of a young man who was formerly homeless who joined the Army and now has a job and a salary.

SSG Morales said, “I volunteered to become a recruiter because I strongly believed that the Army is a good organization that you can build your foundation if you don’t have a plan. Like I didn’t have a plan with how to go with my life, especially being engaged so young, so the Army built that foundation me. I want to provide that same opportunity for other people.”

In addition to allowance to cover cost of living, health care, family services, recruiters shared some of the top benefits of joining the Army:

The cost of higher education is at an all-time high and can be a deterrent for many who want to pursue their post-secondary degrees. However, joining the U.S. Army means that those educational goals don’t have to be shelved. There are various avenues this branch of the military makes going back to school a reality, from the Concurrent Admissions Program (ConAP) — which is a partnership between the U.S. Army Recruiting Command and over 1,900 colleges — to financial aid programs and education benefits under the Montgomery GI Bill and Post 9/11 GI Bill. Educational benefits can also be transferred to soldiers’ spouses and children.

For SSG Lio Palacpac of the Army Recruiting Station in Carson, a former X-ray technician, enlisting in the Army 10 years ago has enabled him to pursue further education, which in turn opened up other career options.

“I told my mom that I didn’t come to America to be here working, day on, day off and if I don’t go to work, I don’t get paid,” Palacpac said. “I told her that I was quitting my job to look for something better. Being Filipino, the next step is: join the military.” He became an engineer mechanic with the Army and received the training for free.

He added, “Education is very important, but a college degree is almost becoming like a high school diploma. What’s going to separate you from other applicants that have the same degree and credentials? Now they want experience. That’s what the Army offers — skills and experience at the same time. If you learn a certain job in the Army, you’re going to do it and is more hands-on. It’s not just by the book.”

The Army also offers graduate-level scholarships in law, medicine and the seminary.

Through the Health Professions Scholarship Program (HPSP), the Army will pay 100 percent of tuition for a graduate-level health care degree for any accredited medical, dental, veterinary, psychology or optometry program in the United States or Puerto Rico.

For the latter two fields, there is the Funded Legal Education Program (FLEP) that selects several active duty Army officers to obtain a legal education and the Chaplain Candidate Scholarship Partnership (CCSP), which is a joint venture between some of our nation’s leading graduate institutions and the Army to provide financial assistance to candidates for chaplaincy.

“Coming from the Koreatown recruiting station, there are a lot of Asians, especially Filipinos, who come in. If someone wants to join, especially under 18, I want to talk to their parents because they don’t know what they want to do in the Army and they don’t have a goal or plan. We’re recruiters but at the same time we’re career counselors as well. We try to make a roadmap for them,” said SSG Chae.

Every soldier part of the U.S. Army earns a salary and may qualify for allowances and bonuses on top of that. Soldiers are not just trained for combat, but for jobs within the brand and beyond in the civilian world, as over 150 career opportunities are available, whether it’s a medical, engineer, or IT job. Soldiers take a standardized test that will help them determine what occupations are best suited for them.

“It’s not just about deploying and fighting with enemies. Some people join the Army as well to advance their career. For me, I graduated college before I joined the Army but I didn’t have a lot of job experience. I was able to get experience in HR with the Army, which could help me with future opportunities,” said Sgt. Young Choi of the Army Recruiting Station in Koreatown.

Sergeant First Class (SFC) Julius Williams added, “If you’re going to come to the land of opportunity, take advantage of the opportunity. When I talk to future soldiers, I try to relate to their situation and break it down for them. I came here as a green card holder and couldn’t get a job that required top secret clearance. But now I am a citizen, have a job with top secret clearance, and I got a bachelor’s degree paid for by the Army. Then I’m starting my master’s next month in organization leadership. And it’s all free. Most important thing is, I have experience.”

Williams was recently able to recruit four Fil-Ams from one family, who have logistics and medical jobs.

“The biggest difference between the Army and any other branch is the power of choice. In the Army, I have a choice of what I’m going to do there. For the Navy, for example, they put you in whatever area that they need you in. We have the most jobs in the Army,” he added.

Soldiers receive a compensation package that includes basic pay, allowances for housing, health care, and more and increases depending on rank and years served.

Non-citizens who are legal permanent residents (green card holders) may join the military. Members of the Armed Forces can file for naturalization and may experience a quicker process in terms of becoming a citizen. Their spouses can also be eligible for expedited naturalization.

For SSG Morales, who was born in the Philippines and grew up in Hawaii, joining the Army gave him the opportunity to petition his wife. “Instead of waiting years and years, my wife was here within three months because we have special section in the USCIS for military,” he said, adding that his wife was able to become a citizen in three years.

The Army prides itself in being the most diverse Army in the world, with recruits coming from all backgrounds that represent the areas and communities the recruitment centers are.

“The misconception is that recruiters will lie to you because they need you…I take pride in, especially when someone comes from nowhere, when two or three years down the road, you get a phone call from them thanking you. That’s the goal. We want everyone to know how we can help them,” SFC Williams said. “This is more than recruiting for me.”
SSG Palacpac said, “I tell new recruits that I’m available for advice and to be a mentor to help them navigate all the options. One day they will take my place and look for their replacements as well. It’s a cycle.”

Sense of duty and lifelong skills

Though there are opportunities to build a long career within the Army, many believe that the training and experience received during their service sets them up for whatever they do afterward.

“People come to the U.S. for the American Dream. I’m only 28 and I already have two properties. I’m not saying I’m the most successful Filipino in California, but for a kid from Cavite, I couldn’t have imagined these opportunities,” SSG Palacpac said, adding that the Army has helped him set up for retirement as well. A lot of Filipinos have been living in the U.S. for years and they’re still working at 69 years old. I’m living for my future and not just waiting for the next paycheck to come, that’s why I’m investing in my retirement.”

Some of the skills that the recruiters shared include leadership, strong work ethic, and time management and discipline, management and communication.

“The number one skill I’ve learned is resiliency and being able to bounce back after any situation,” SSG Gerry Whigan from the U.S. Army Recruiting in Lakewood said.

SFC Williams said, “For me, it’s been a sense of appreciation because growing up in the Philippines and coming here with the opportunity, I realized how a lot of people here complain about certain stuff. What they complain about is nowhere close to what people can complain about. So I appreciate what I have a lot more and in that sense, I can also relate to people a lot more when I’m talking to them.”

_
For more information about joining the Army and its benefits, you may contact:

How did we get here? Celebrating historical milestones of Filipinos in America

Young Filipino US soldier found dead near Texas Army base