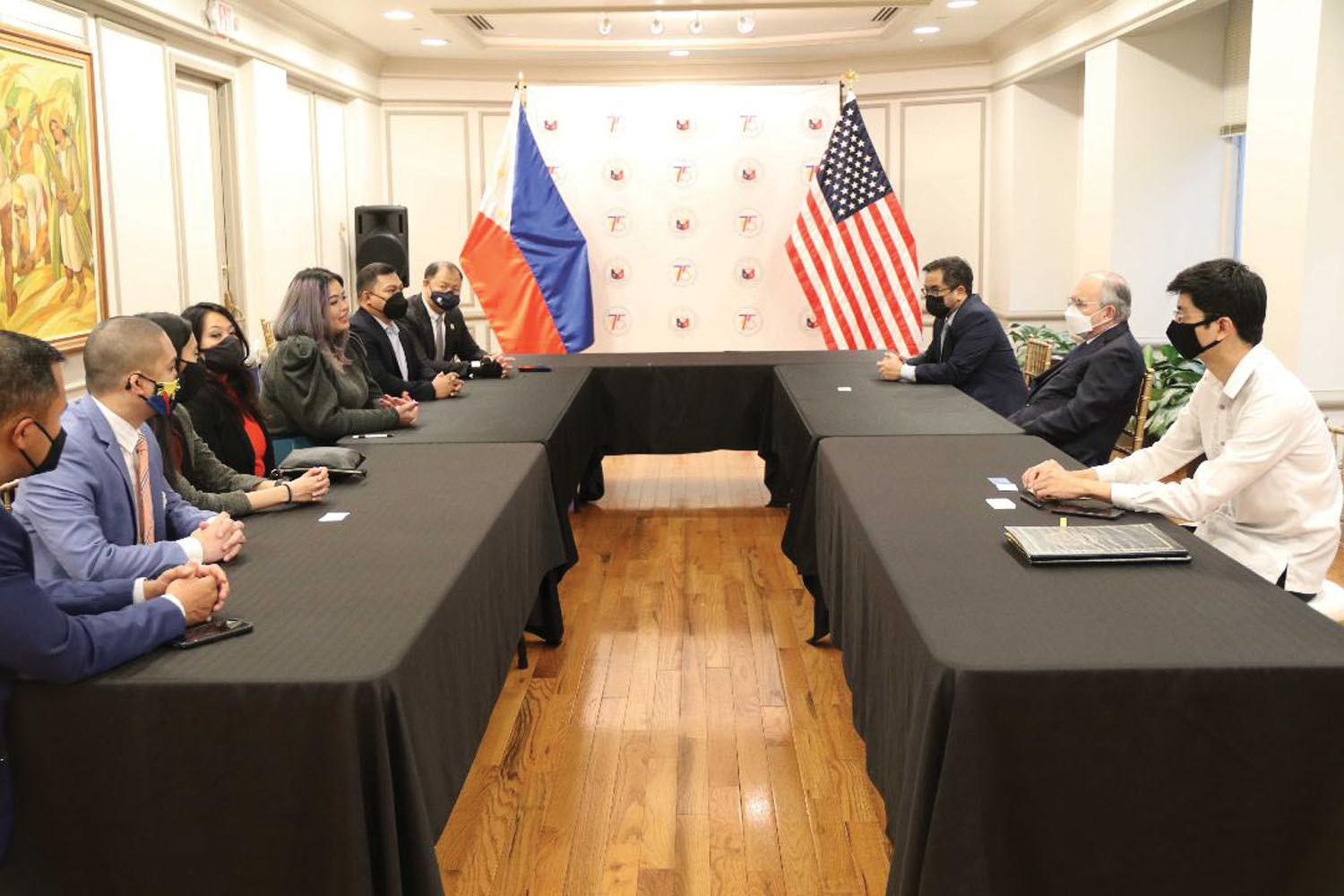 Earlier in the day, several directors and alumni led by Cabalona was received by Ambassador Romualdez, Deputy Chief of Mission Jaimon Ascalon and Vice Consul Mark Lim to discuss the significance of FYLPRO in Filipino American youth engagement and COVID-19 response efforts. Ambassador Romualdez expressed his enthusiasm on celebrating FYLPRO’s 10th anniversary in 2022, inviting the organization to be part of the Philippine Independence Day celebration in D.C. 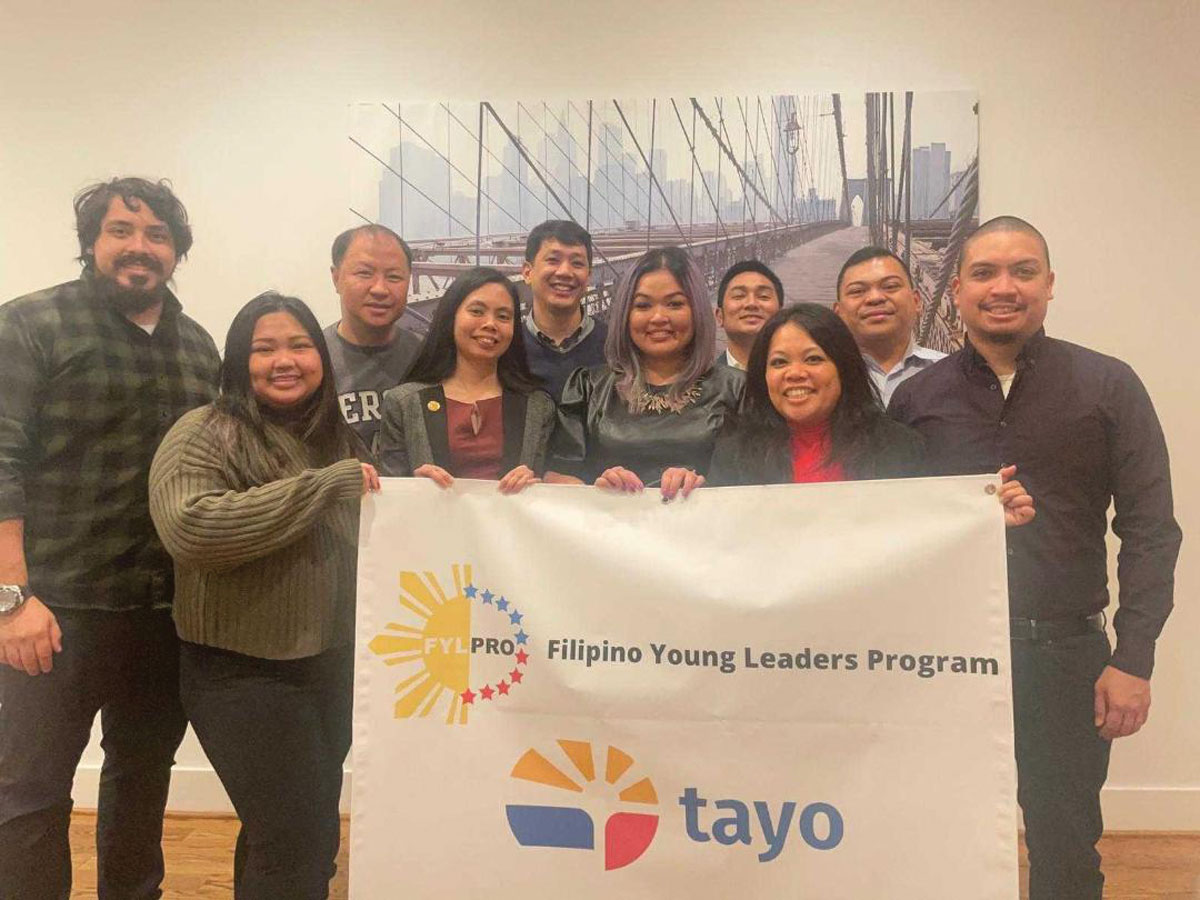 “I am honored to have the opportunity to continue our long-standing relationship with our partner institutions, Philippine Embassy in Washington DC and Ayala Foundation, building upon our previous agreements signed in from 2016 and 2018”, said Cabalona.

“This historic MOU is an affirmation that, one, our immersion program will continue in its mission to connect Filipinos in the diaspora to the motherland beyond leadership changes in the Philippine government and two, that FYLPRO, the non profit organization has proven itself able and willing to take on the responsibility of shaping the immersion program in the years to come”, adds Cabalona.

The MOU also transfers the immersion program ownership which now will be in the hands of FYLPRO with support from the Philippine Embassy and Ayala Foundation. 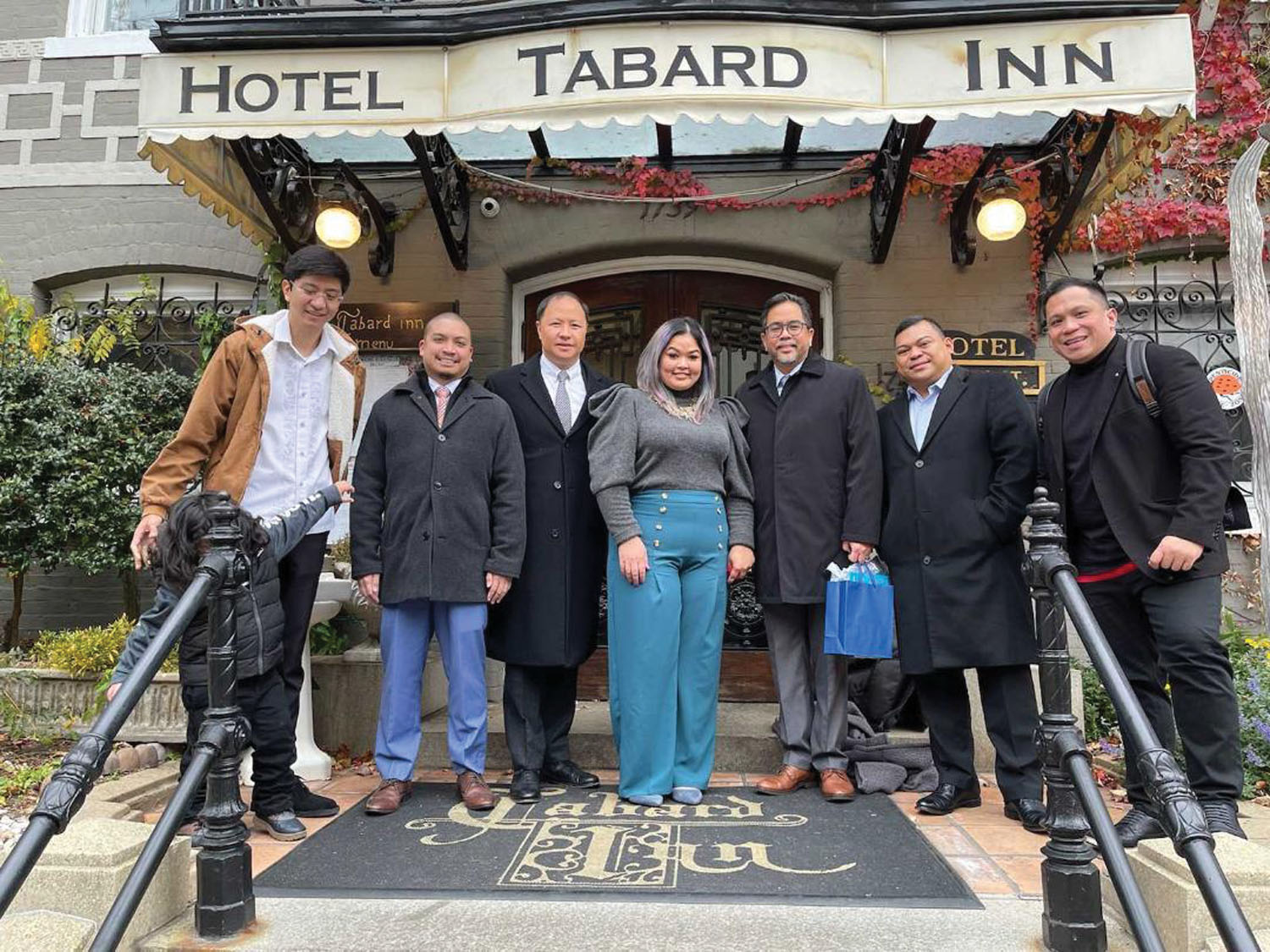 Ambassador Romualdez reiterated the Philippine Embassy’s support of FYLPRO’s vision of “a thriving future for the Filipino people built upon the strength of our Filipino identity, our global community, and our connections with the Philippines.”

“Celebrating your 10th year next year will really be a milestone because you have gone a long way from the time I became the ambassador four years ago. I could see there’s been a lot of activities, events you’ve had inspite of the challenges of the past two years,” said Ambassador Romualdez. “With the help of the Department of Foreign Affairs in collaboration with the Ayala Foundation, I am sure that this program will be more successful in the future. I’d like to congratulate all of you for doing a great job and you can expect the Embassy in Washington DC to continue to support you in every way we can.” 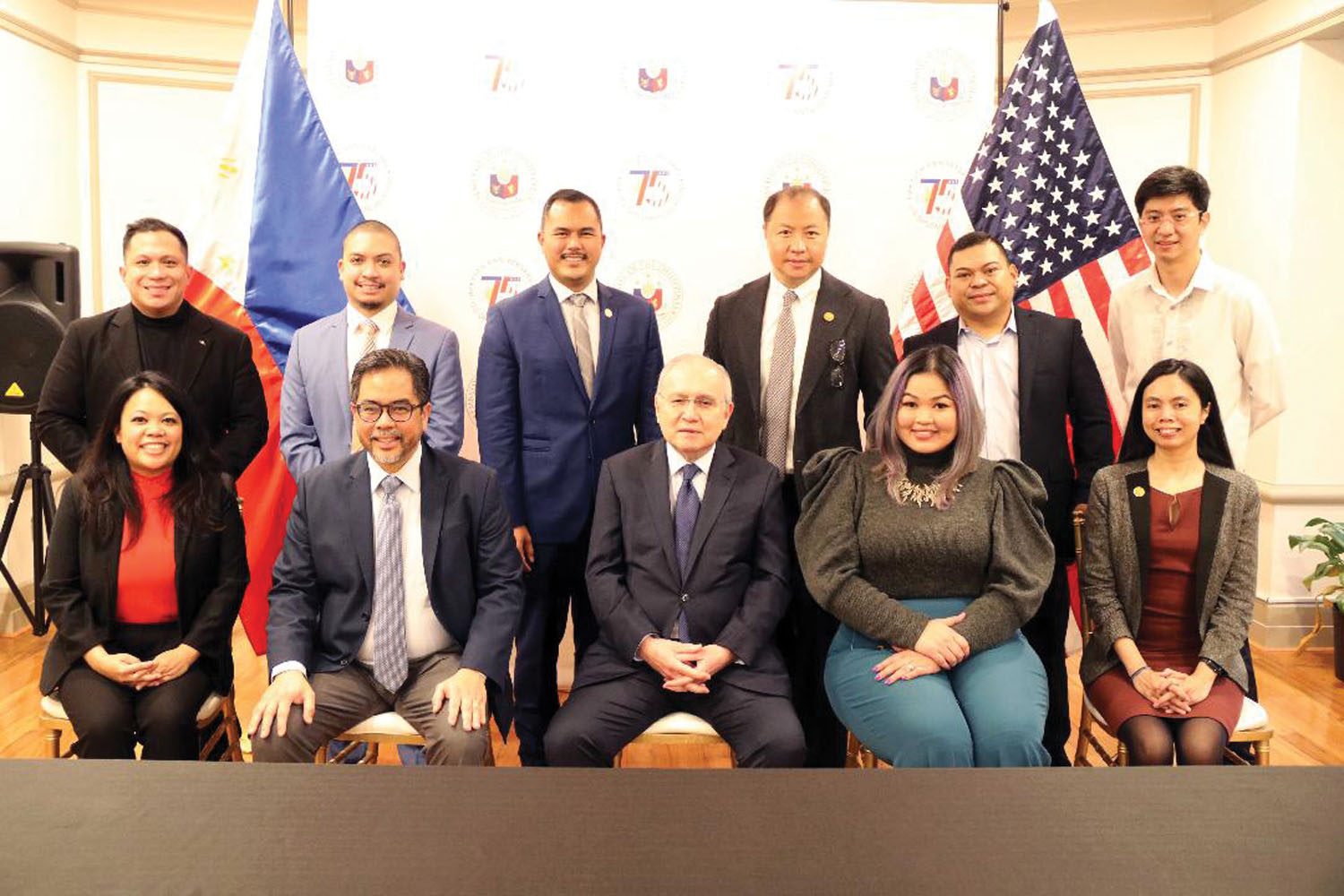 “I would like to take this opportunity to congratulate Louella and her leadership, that you have truly gained so much during your watch. These were challenging times and you were able to pivot and make FYLPRO more efficient and effective,” said AFI President Ruel Maranan.“I know that under the new leadership of incoming President Leezel Tanglao, the rest of her team will surely emerge and continuously explore all possibilties and opportunities to make FYLPRO more relevant not only in terms of celebrating the 10th year but making it more meaningful (in the decades) to come.”

AFI Senior Director Joanna Duarte added: “I am very proud of this organization because in Ayala Foundation our vision is for communities to be creative, productive, self reliant and proud to be Filipino and what we aim to do is empower the communities we work with such that they can eventually do things on their own and this is what FYLPRO has done.” 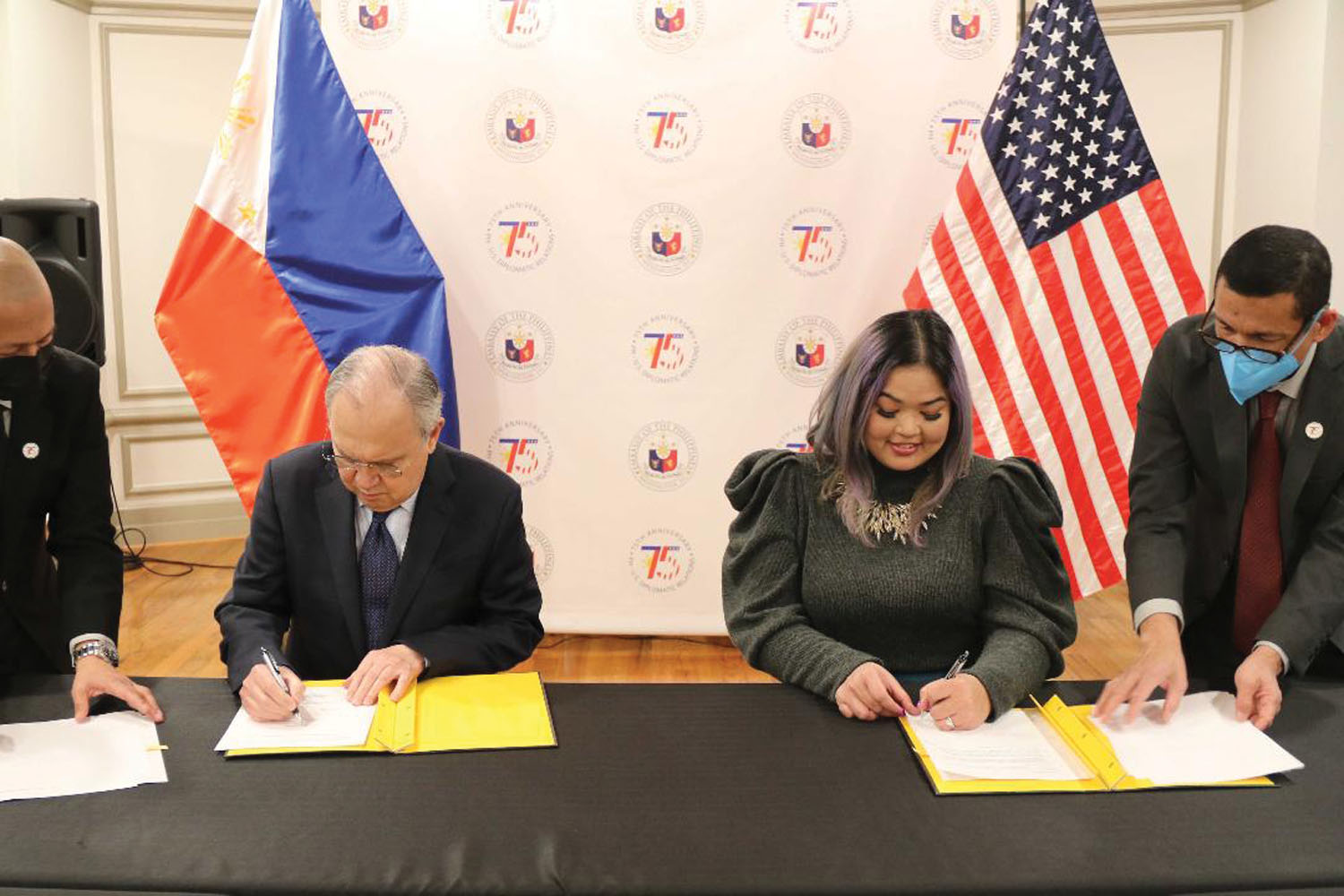 Since 2012, FYLPRO has partnered with the Philippine Embassy and the Ayala Foundation to offer a transformative, life changing immersion experience that brings 10 to 15 delegates from the United States to the Philippines for a week.

This extension of this unique partnership between the three organizations ensures continuity as FYLPRO celebrates its 10th anniversary in 2022. n