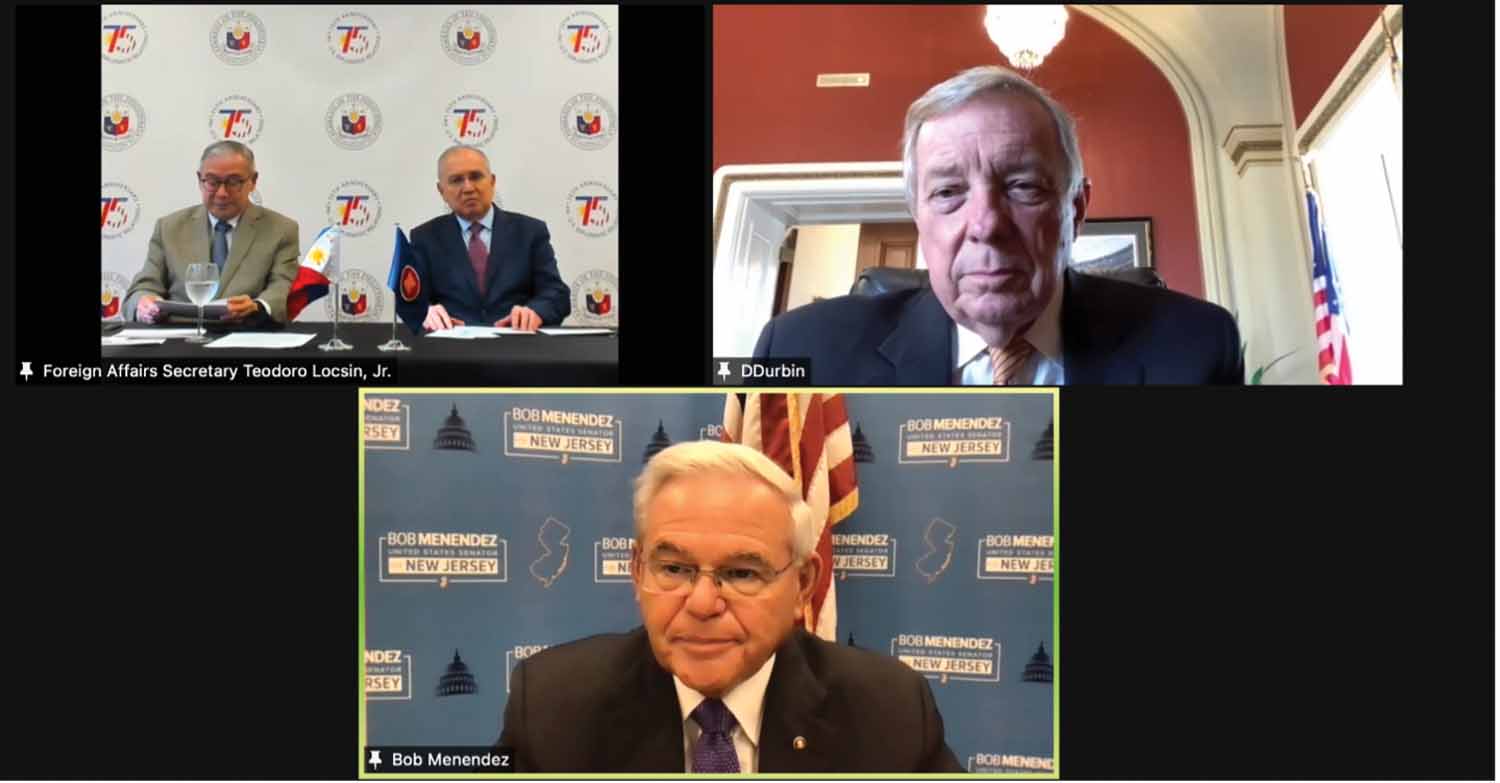 Washington D.C. - Foreign Affairs Secretary Teodoro Locsin, Jr., accompanied by Philippine Ambassador to the United States Jose Manuel G. Romualdez, met with United States Senators who affirmed the centrality of Philippines-US relations for the stability of the Indo-Pacific region, thanked the Philippine Government for bringing the Visiting Forces Agreement back on track, and recognized the key role of the Filipino diaspora in the U.S.

The meeting covered a range of issues on Philippines-U.S. relations, including the implementation of the VFA, regional security developments, the significant contributions of the Filipino communities in the United States, and the human rights situation in the Philippines.

The U.S. Senators noted that the Philippines is a key ally of the United States in the Indo-Pacific region, and they expressed appreciation for the Philippine government’s decision to recall the abrogation of the VFA.

On the human rights situation in the Philippines, Secretary Locsin highlighted that the Philippines remains a vibrant democracy and echoed President Rodrigo Duterte’s speech at the 76th UNGA on ensuring that those who are found to have acted beyond bounds with respect to the government’s campaign against illegal drugs are made accountable before the law.

Senator Durbin inquired about the case of Senator Leila de Lima, as well as on allegations of extrajudicial drug-related killings, freedom of the press, among other issues. Secretary Locsin assured the U.S. Senators that the Philippine Government will provide updates as regards progress on these issues.

He also informed them of the formal launch by the Philippine Government and the UN of the UN Joint Program on Human Rights (UNJP), a three-year, USD10 million program aimed at strengthening national institutions and supporting domestic processes to promote and protect human rights through technical cooperation with the UN and other partners. n