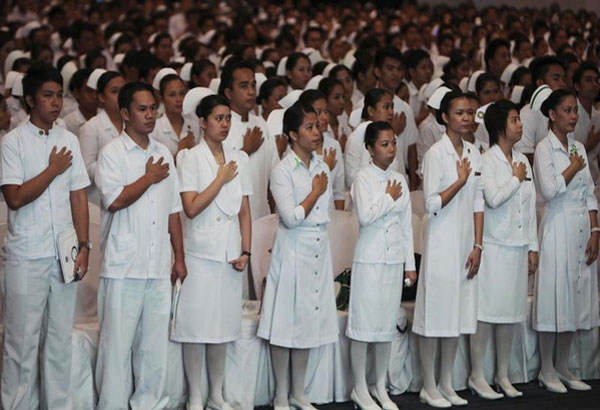 There is currently a shortage of 11 million nurses in the United States, an immigration company said on Tuesday, January 21.

U.S. employers are going overseas, including the Philippines, to hire qualified nurses, according to Frony Fortich, chief operating officer of Fortich Permanent Immigration Services based in Quezon City.

“Nurses are a critical part of healthcare and make up the largest section of the health profession,” said Fortich in a release. His company has been recruiting nurses for employment in U.S. hospitals for several decades.

Citing a World Health Statistics Report, there are approximately 29 million nurses and midwives in the world, 3.9 million of which are currently in the United States.

“Estimates of upwards of 1 million additional nurses will be needed by 2020,” Fortich noted.

He also said that there will be more registered nurse jobs available through 2022 than any other profession in the U.S., as stated by the American Nurses Association.

“Employment opportunities for nurses are projected to grow at a faster rate (15 percent) than all other occupations from 2016 through 2026,” Fortich said.

He pointed out that lack of potential educators, high turnover, and inequitable distribution of the workforce are some of the reasons why the nursing profession continues to face shortages.

Fortich also commended the Filipino nurses who have stepped in and helped the shortage of nurses in the U.S. hospitals.

“Certainly, Filipino nurses, many of whom are already working in the U.S., help alleviate the shortage,” he said.

Get hired: How to move your job application ahead