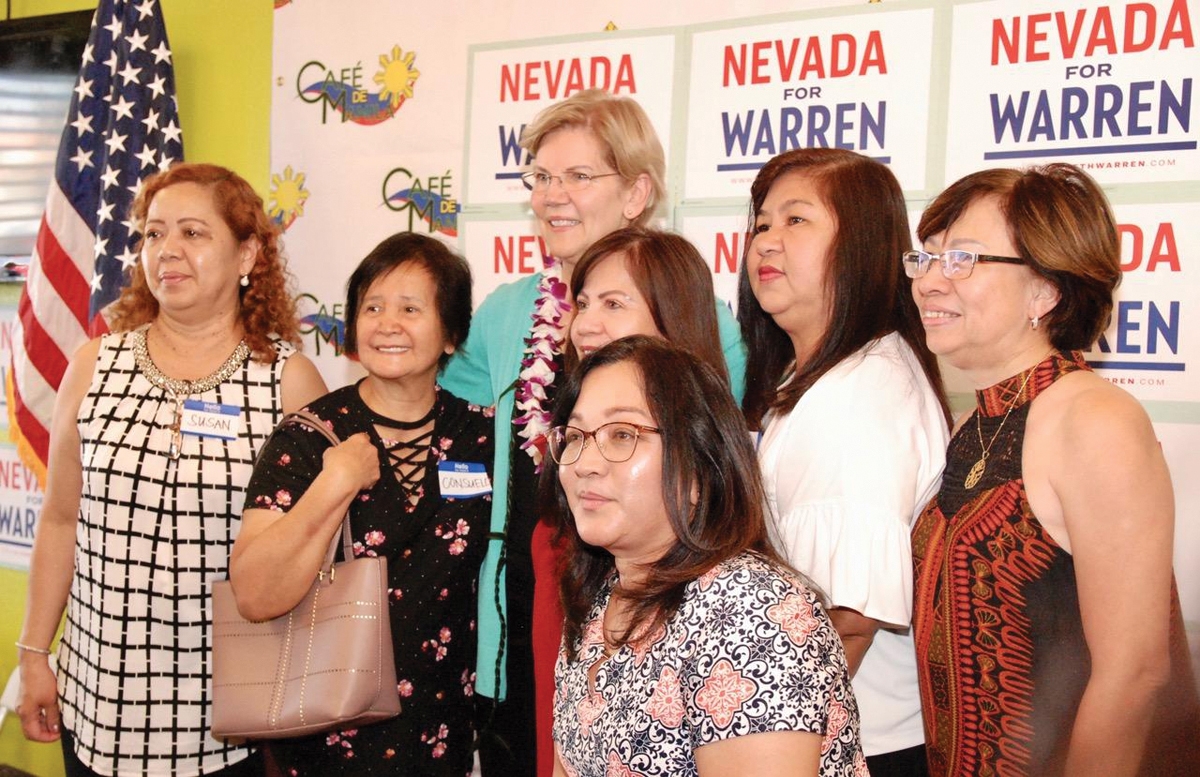 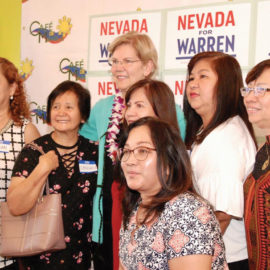 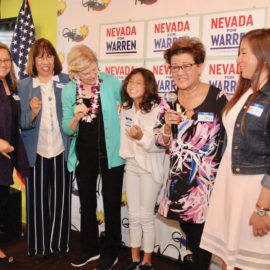 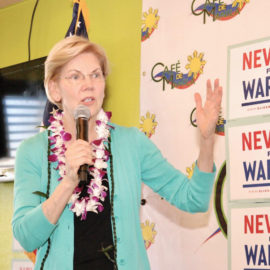 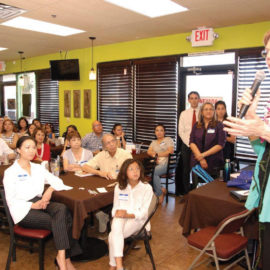 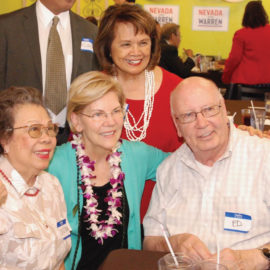 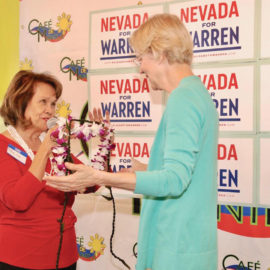 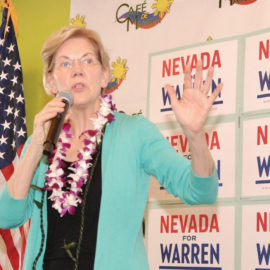 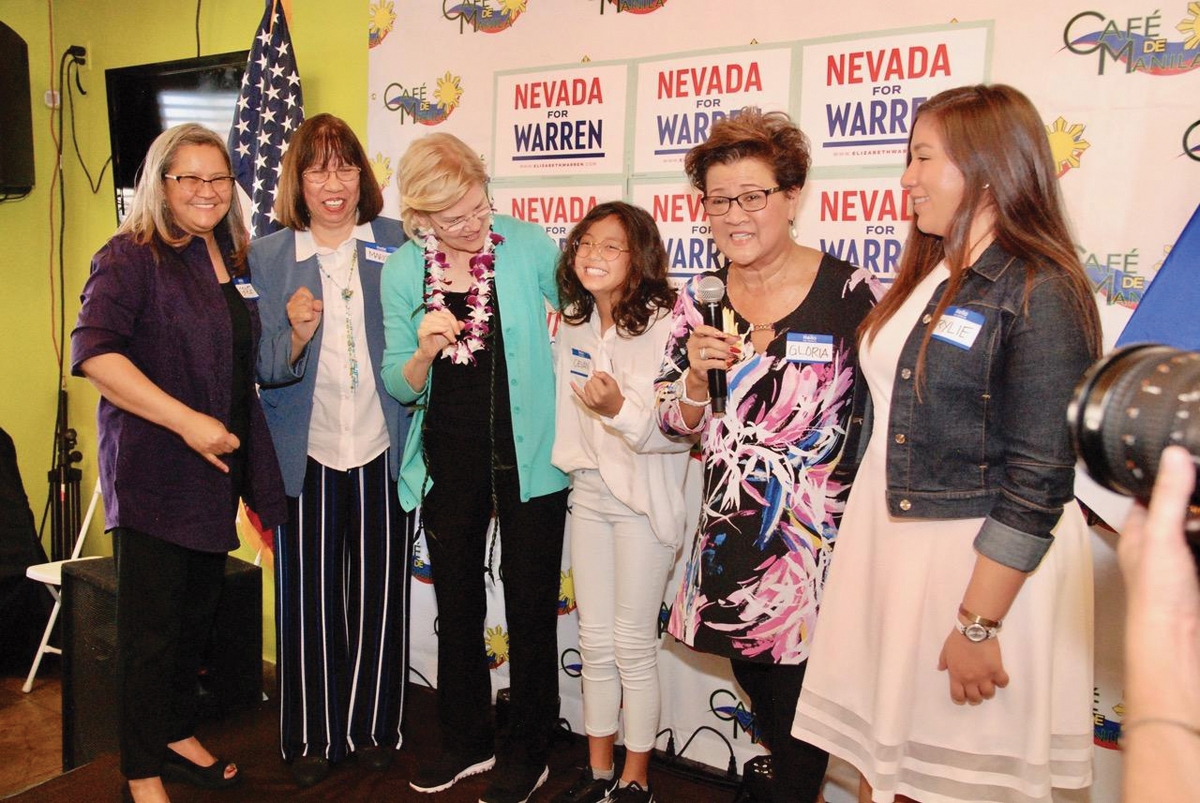 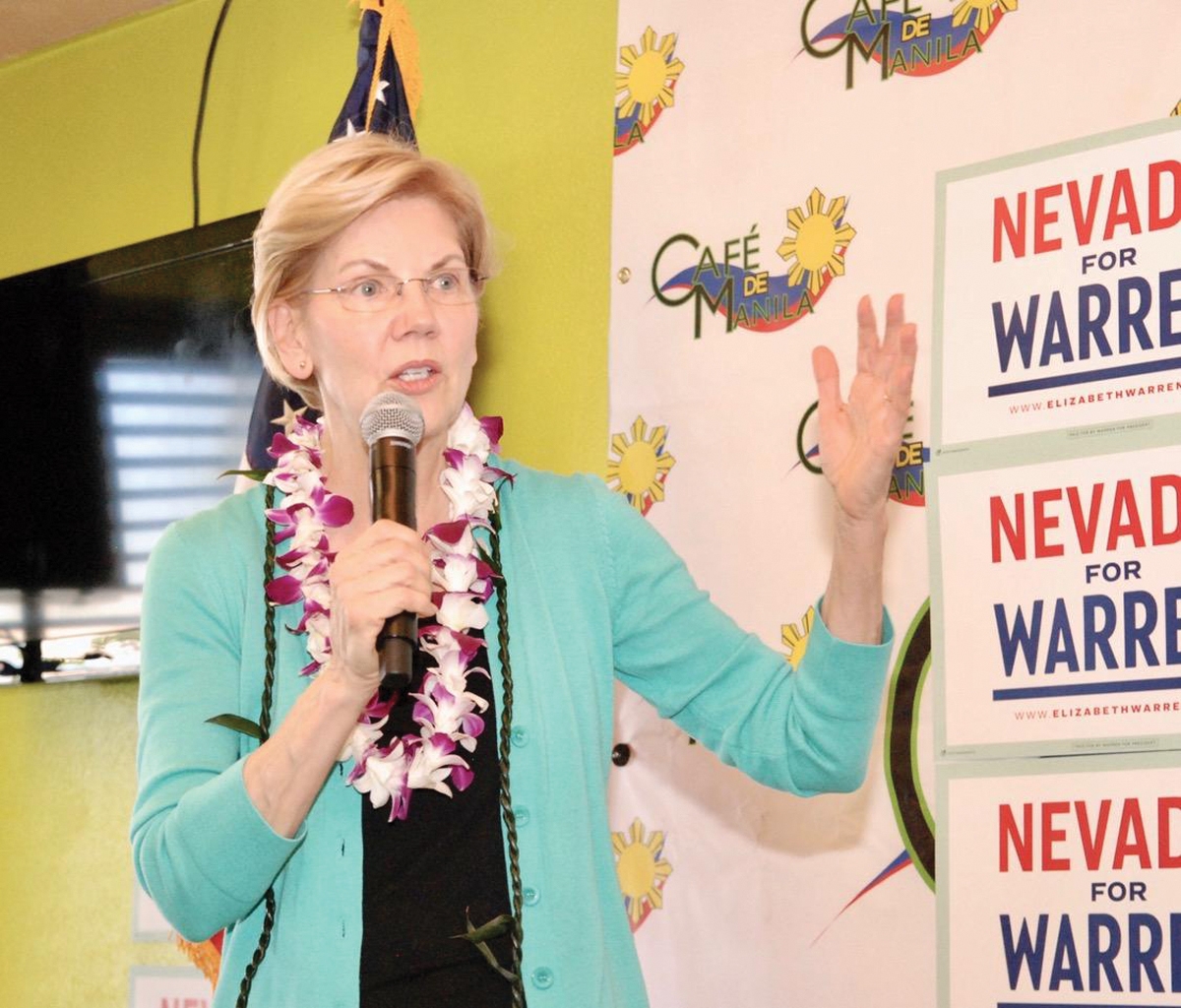 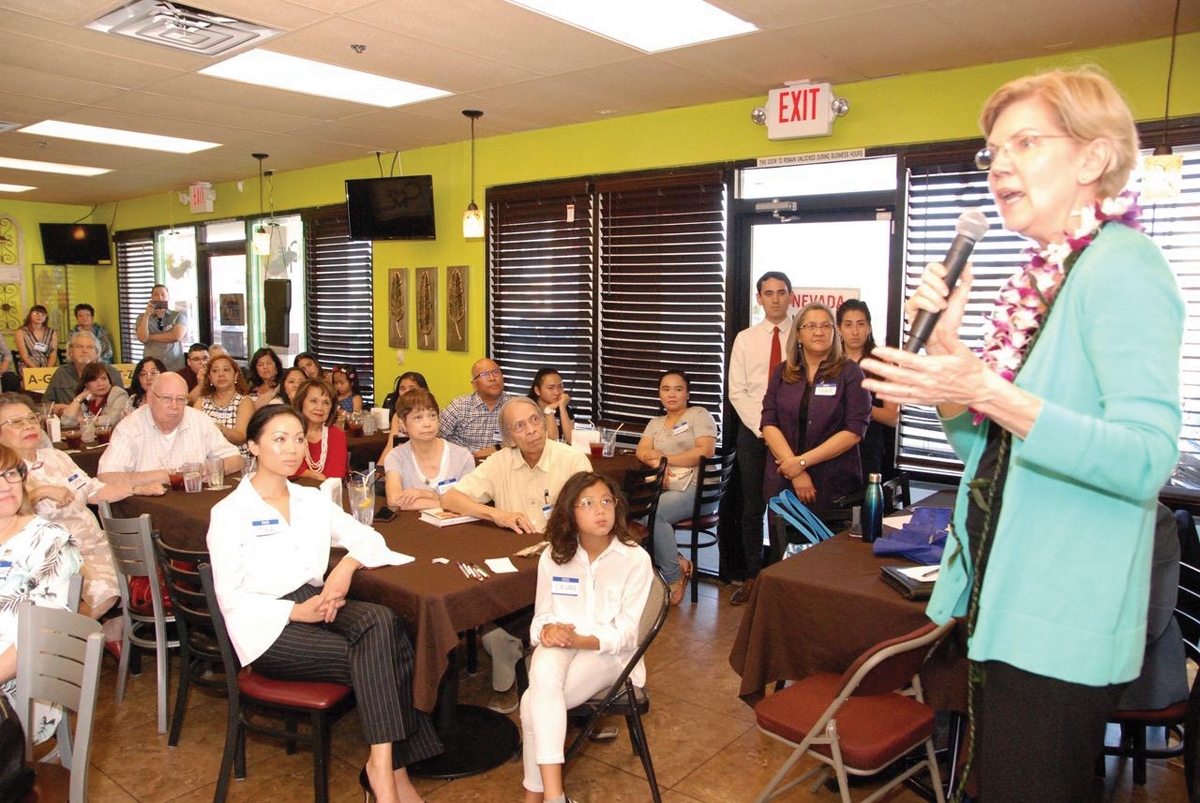 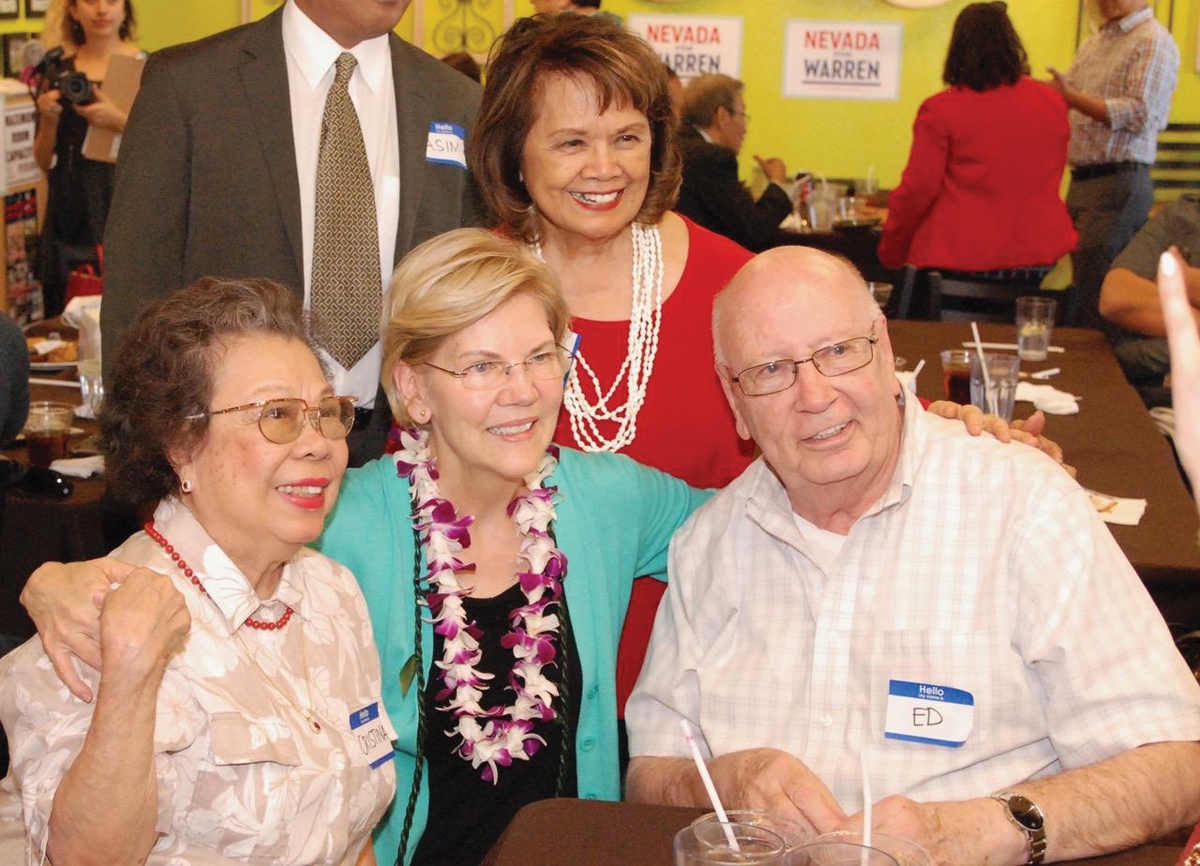 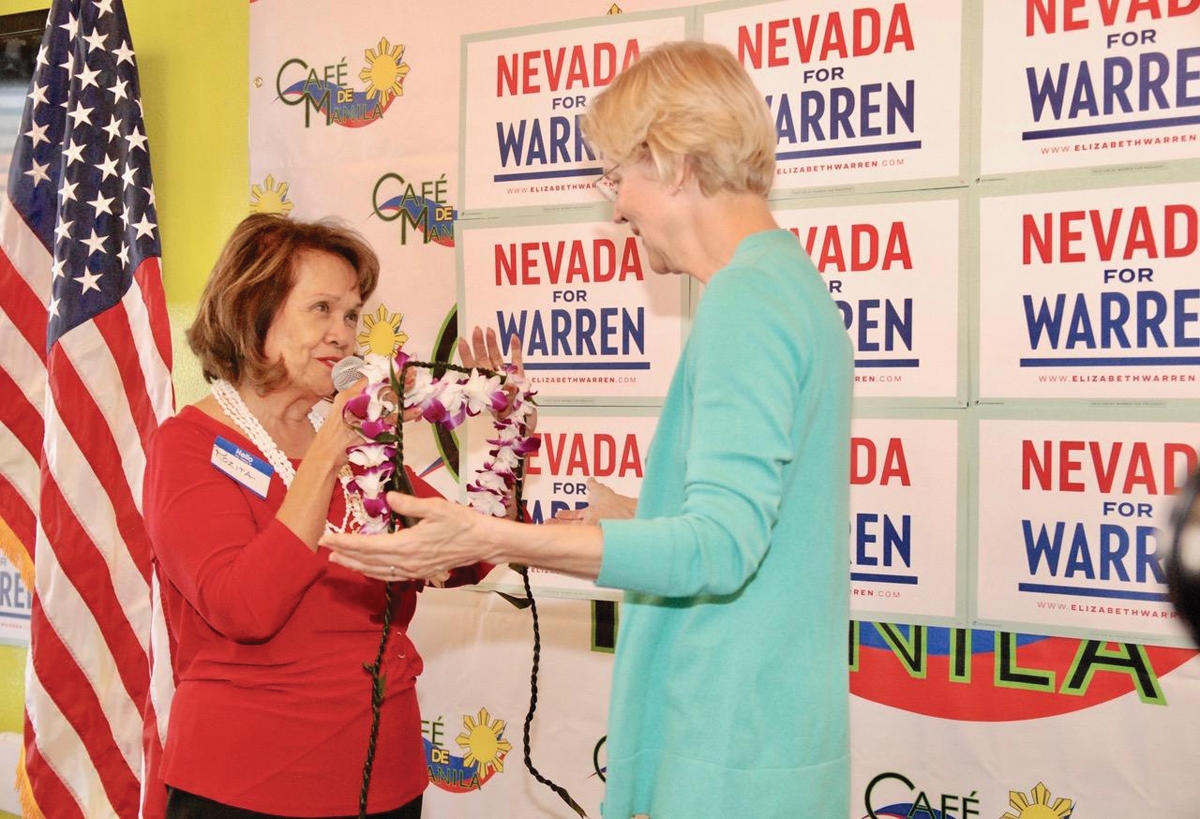 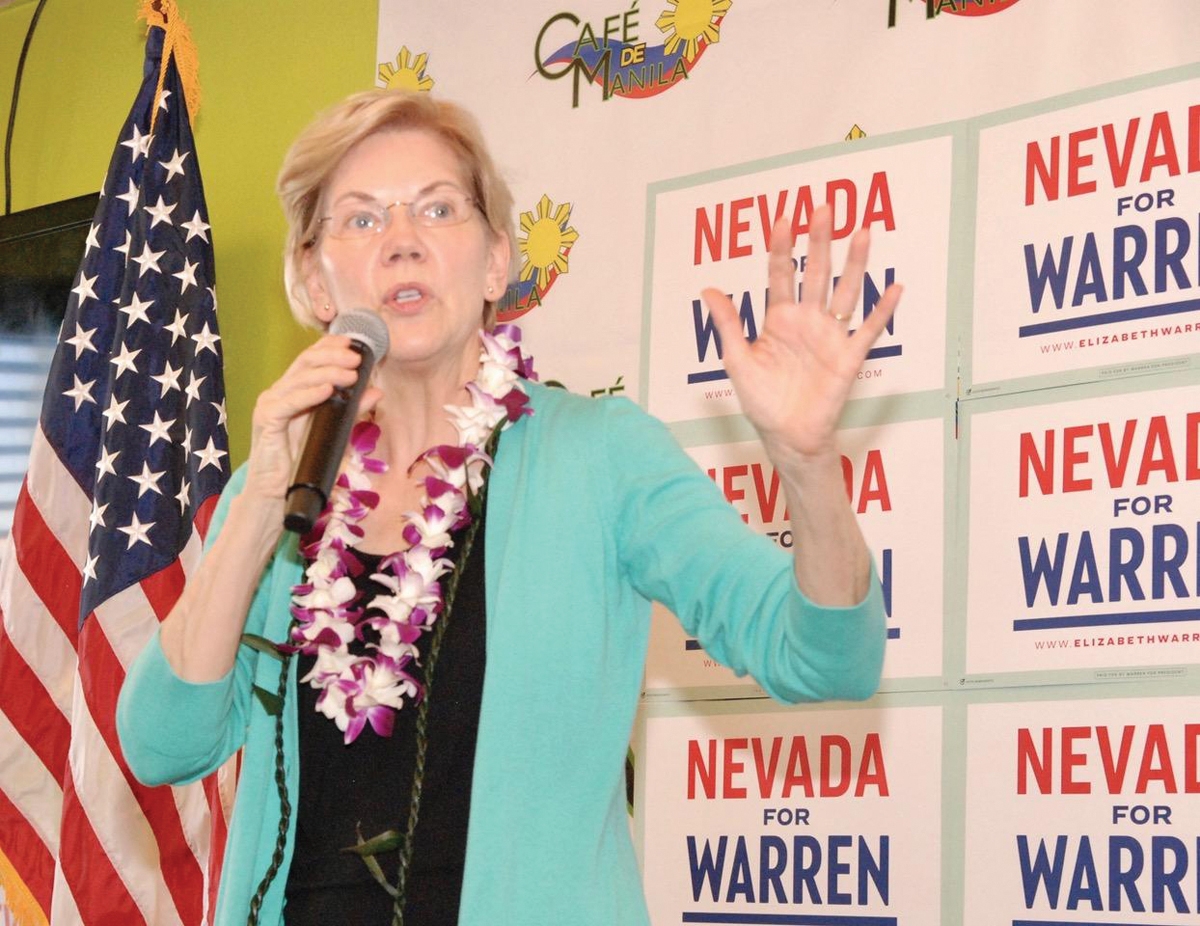 IN her bid for the White House, Massachusetts Senator Elizabeth Warren released an immigration plan this week, a few days after meeting with Asian American and Pacific Islander (AAPI) community members in Las Vegas who posed questions about fixing the broken system.

“Our immigration system makes American stronger, not weaker. Part of that is keeping families united,” Warren said on Tuesday, July 2 at an AAPI meet and greet at Café de Manila in Las Vegas. “But at the heart of it has to be the understanding that America is a country that will be made stronger by having families who want to be here and invest in this country.”

The senator estimated that around $700 billion would come from allowing more immigrants into the country, who in turn start their own businesses or take on other jobs.

The presidential hopeful’s plan — which was revealed ahead of an event in Milwaukee, Wisconsin on Thursday, July 11 — proposes “a rules-based system that is fair, humane, and that reflects our values.”

Warren’s ideas include: decriminalizing those who cross the border and other “simple administrative immigration violations”; separating law enforcement from immigration enforcement; reducing the family reunification backlog; and providing an achievable pathway to citizenship for the some 11 million undocumented individuals in the U.S.

For Filipinos, the immigration backlog continues to be an issue, with some waiting over 20 years to come to the United States and be reunited with their families.

“We need to do two things: We need a president who will do everything she can to move this system along and make it work better and we are also going to need an overhaul at the congressional level,” Warren told the Asian Journal following her remarks on Tuesday, July 2. “That means that we must rewrite our immigration laws so they align with our values and a big part of our values is keeping families together.”

Also part of her plan is to “redistribute unused visas to reduce this backlog and reunite more families with their loved ones.”

During a two-day tour of the Silver State, her event last Tuesday was her first shot at meeting community members in Las Vegas, during which she spoke about fighting against government corruption, investing in minority businesses through a capital fund, and other issues pertinent to AAPIs.

“Elizabeth has always been a fighter…who knows how to win. She’s what our country desperately needs and now, she’s fighting to build an America that works for everyone,” Filipino American Sonny Vinuya, president of the Las Vegas Asian Chamber of Commerce, said in his introduction of the senator.

Warren, a former law professor who has been a Massachusetts senator since 2013, started off her remarks with a story about how her mother took on a minimum wage job to save their family home.

“However, today, a full-time, minimum wage job in America will not keep a mom and a baby out of poverty. That is wrong and that is why I am in this fight,” she declared.

The senator slammed the federal government for working “great for those at the top [but] doesn’t work for anyone else, calling it “corruption pure and simple.”

She hinted at an anti-corruption plan that includes ending lobbying, requiring that the Supreme Court “follow basic rules of ethics,” and transparency in tax returns for candidates running for federal office.

She went on to propose a wealth tax, which would put a 2% tax on those with over $50 million in net assets.

“When I talk about things like the wealth tax, which would be a 2% tax on everybody with more than $50 million in accumulated wealth and how we can use that money to provide universal child care, universal pre-K and cancel student loan debt for about 95% of folks that have got it, it’s not just progressives who want to sign up,” Warren told the Asian Journal.

As a figure among progressives in recent years, Warren said a plan like this would be attractive to voters no matter where they fall in the political spectrum.

She added, “In fact, it’s not just Democrats who want to sign up. That’s something that has very broad appeal to Democrats and Republicans and independents because it’s right. I think the old left-right politics are starting to break down.”

With the AAPI population considered the fastest-growing racial group nationwide, the electorate is projected to increase twofold by 2040 and has already shown its strength as a key swing vote in major local and national races in recent cycles.

“One of the ways I try to engage is to get out and meet people face to face. What brings us together is a love of family and a belief that we can be an America that creates opportunity, not just for those at the top, but create opportunity for everyone,” Warren told the Asian Journal after her speech.

Another plan the Massachusetts senator has put forth that could potentially be attractive to minority voters is a $7 billion fund to invest in minority-owned small businesses.

“The whole notion that we have an entrepreneurship gap because people of color, Asian Americans, African Americans, and Latinos, have a lot more difficulty accessing the capital they need. And so, I have a plan to fill in that capital gap and to make sure that investment fund is managed by a very diverse group of people,” she told the Asian Journal. “It’s a plan that uses a basic model of lending that now goes through SBA, but says this is capital. So it’s not about carrying more debt from the beginning. It’s about having a capital infusion from the beginning.”

In Nevada alone, eligible AAPI voters are estimated to account for 10% of the state’s electorate. Filipinos are considered the largest AAPI group in Nevada, with 169,462 Filipinos in the state according to the latest American Community Survey (ACS) released in September 2018.

As 2020 approaches, AAPIs, especially across Nevada, have made it known that candidates should not ignore the electorate’s strength.

In an effort to increase voter turnout and accessibility, the state Democratic Party has unveiled a plan for voters to cast their ballots for the Feb. 22, 2020 caucus via phone, with English, Spanish and Tagalog options.

“The Silver State plays a decisive role in choosing our country’s Democratic nominee for president — We are the first Western state, the first diverse state, and the only early battleground state,” Nevada Democratic Party chairman William McCurdy II said in a statement earlier this week. “We know it is imperative that Democrats across our state have every option and opportunity available to vote and I couldn’t be more excited to see this new process become a reality.”