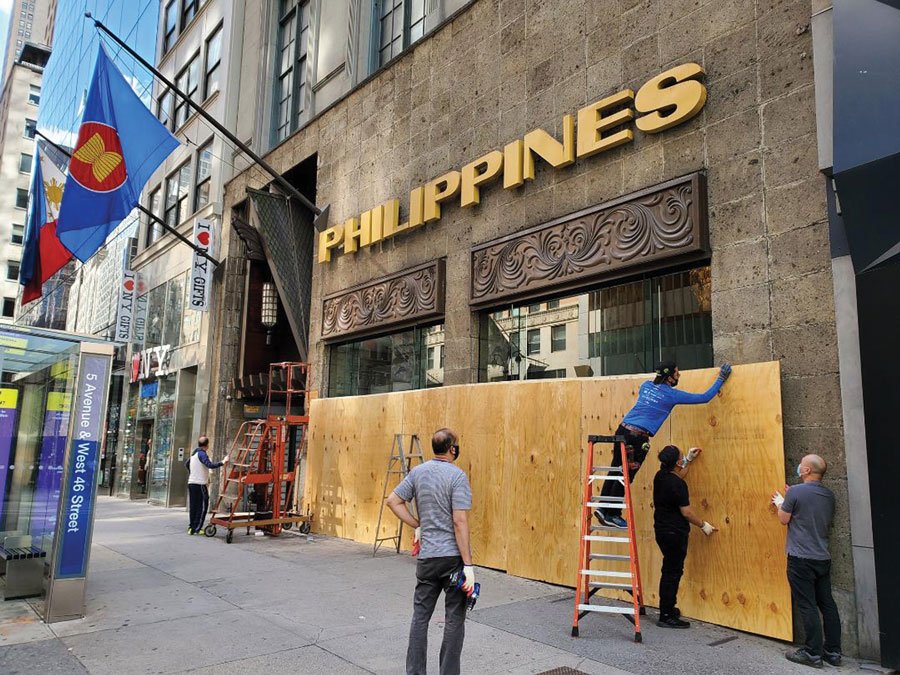 The Philippine Consulate General in New York — just as it was preparing to reopen — shuttered and boarded up its glass windows on Monday, June 1 as New York braced for more widespread looting and violent protests.

“In light of reports of looting and break-ins in the vicinity of the Philippine Center, and as a precautionary measure to add protection to the facility and enhance the safety of our on-duty personnel, we decided to shutter and board-up the glass windows and doors of the Center until the situation calms down,” Consul Arman Talbo, who also acts as manager of the Philippine Center, told the Asian Journal. “We urge our kababayans to monitor the news in their area and to take necessary safety measures.”

The consulate was informed last week that there have been break-ins around the area even before the first looting in the city happened. Some of the protests escalated into looting on Sunday as dozens of stores from Soho to midtown were vandalized and display windows smashed.

New York City Mayor Bill de Blasio has extended the curfew in the city and will now continue through Sunday, from 8 p.m. to 5 a.m. The curfew first went to effect at 11:00 p.m. on Monday but it failed to curb the rampant looting in the city, which has scheduled to begin reopening next Monday, June 8. 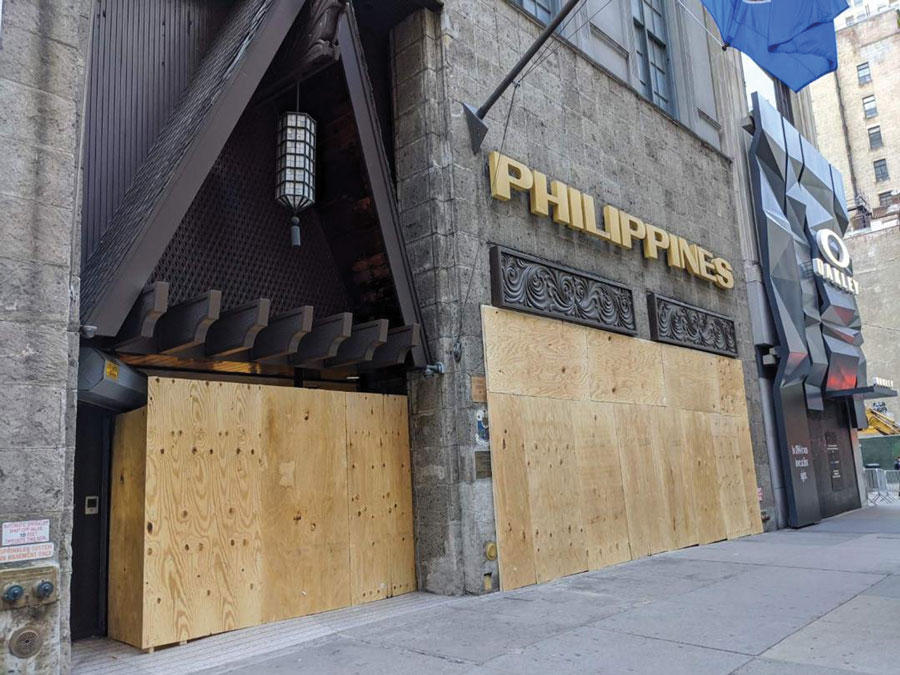 The Philippine Embassy in Washington, DC has also issued an advisory for Filipinos to exercise increased caution and vigilance amidst the spark of protest actions across the United States following the killing of George Floyd in Minneapolis.

“Filipinos are strongly advised to adhere to curfews and other security measures imposed by local authorities: avoid areas of unrest and be aware of their surroundings and any crowd buildups that may lead to disturbances,” the advisory read.

And because these protests are happening during this global pandemic, the embassy is also urging Filipinos to abide by existing medical advisories on social distancing and wearing of face masks.

Consul General Claro S. Cristobal led a press conference last Friday to announce the new system that has been set up when the consulate gets to reopen.

In a livestreamed ConGen Media Hour, Cristobal said that there would be significant changes in the way that the consulate will conduct its operations.

“We want to reassure our kababayans that we are taking the changes seriously. We take great care of the well -being of the people who visit us and those who work here,” Cristobal said.

There will be a limited number of services will be offered, and this includes those that require personal appearance. Appointments are absolutely necessary as no walk-ins will be allowed.

“Appointments will be required for the following services: urgent passport applications, travel documents, overseas voter registration and social security,” Consul Ricarte Abejuela explained. “If the schedule is followed strictly, clients will be in and out of the premises in 15 minutes.”

On the first two weeks of opening, the consulate will be open only for three days a week (Monday, Wednesday and Friday) from10:00 a.m. to 3:00 p.m.

“This [system] is perfect for social distancing. It is so efficient, democratic and transparent. Just follow the procedures,” Cristobal said. “That’s why there will be no walk-ins.” 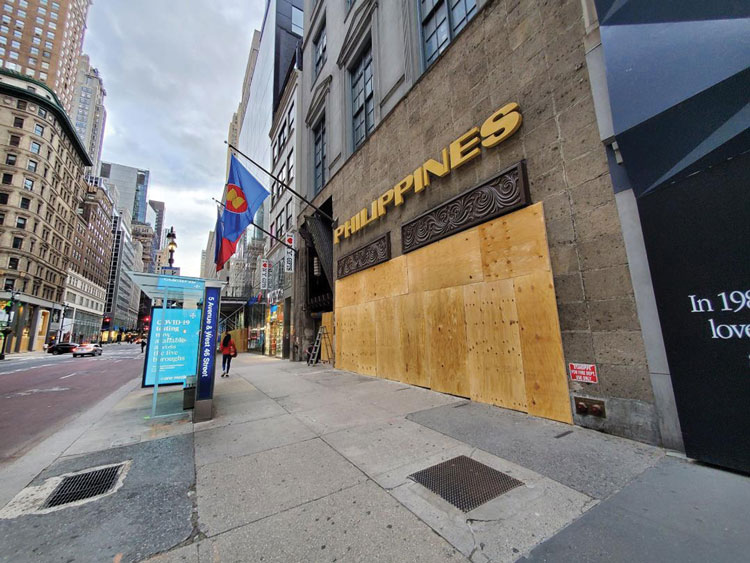 He added that 48 hours before the reopening, the appointment system online will be activated and that they will announce it on the consulate’s website and social media platforms.

The first step is to go on PCGNY’s website at www.pcgny.org and schedule an appointment. The consulate is using the Qless Appointment System. For passport applicants, download and complete the passport application.

The consulate officials are urging visitors to prepare and bring all the requirements needed, along with a self-addressed, stamped, USPS prepaid envelope (with tracking number) and cash or money order payable to “Philippine Consulate General in New York”.

On the day of the appointment, dedicated staff members will be available to check if clients have an appointment. Their temperature will then be checked and allowed entry to the lobby 15 minutes before their scheduled appointment. A face mask is required to enter the consulate premises.

“We will definitely check the requirements. If despite all the reminders, nakalimutan talaga, they have to register again,” Consul Abejuela remarked.

Dear Filipinos in America, are we complicit in fanning the flame of racism and police brutality in America?

Meet the Filipina American ensuring Californians fill out the 2020 Census