THOUGH a lot of attention is being placed on the top of the ticket race in the 2020 general election, over a dozen Filipino Americans are on the ballot this November 3rd for local races from the Bay Area to Sacramento.

In 2012, Assemblymember Rob Bonta became the first Filipino American elected to the California Legislature. Bonta, a Democrat, represents the state’s 18th District, which covers Alameda, Oakland and San Leandro. He is running for re-election this November after advancing from the primary this past March.

“I have the honor and privilege for running every two years for office and having my job review be conducted by the half-million constituents that I have the honor to represent,” Bonta said during a recent candidates forum hosted by the Philippine American Press Club (PAPC). “It’s never easy to be on the ballot but it’s important that we step up and enter the public sphere, put ourselves out there, and say, ‘We’re ready, willing and able to serve.’”

Christopher Cabaldon first served as mayor of West Sacramento — a city on the west bank of the Sacramento River — in 1998 after being selected by members of the city council, which he was elected to in 1994. Cabaldon was elected again in 2004 during the city’s first direct mayoral election and has been in office since with two-year terms. He became the fourth openly gay U.S. mayor in 2006, when he came out to the community at the age of 40. He faces West Sacramento Councilwoman Martha Guerrero in this general election.

A 32-year resident of Milpitas, Evelyn Chua is running for another shot at the city council, after losing by 300 votes in 2016. Chua boasts experience as a member of the planning commission as well as other organizations in the city.

A resident of Hercules, Estela DePaz is seeking to serve as the District 1 trustee for the West Contra Costa Unified School District board. DePaz boasts over 20 years of experience in information technology and financial services and has held various community roles, such as the current chair of Hercules High School’s site council.

A non-partisan seat, DePaz has received bipartisan support and endorsements, from various elected officials, school groups and media like the East Bay Times.

“Our district needs a lot of experienced leadership to make sure that we’re continuing to educate our 32,000 students,” De Paz said. “For this election, what I’m focusing on are four things: fiscal accountability, supporting our students’ social and emotional learning, partnering with teachers to make sure that we actually have an effective curriculum within the distance learning framework, and creating community spaces.”

Julian Hilario Jr., a registered nurse, is another Fil-Am running to serve Milpitas on the platform of diverse representation, affordable houses, public safety and wellness. “As a registered nurse, I will utilize my expertise in the health care field to bring forward the wellness of our citizens…I would like to put forward programs and gather stakeholders, residents, nonprofits, governmental programs and agencies to improve the spiritual, mental and physical well being [of residents],” he said.

Chris Lozano, an immigrant from the Philippines, is a practicing attorney with over 21 years of experience representing clients in immigration, bankruptcy and personal injury. He is running for Hayward City Council to help bring back jobs, affordable housing, equality, and safety.

Raised in Daly City, Carley-Ann Manalo, sister of Vice Mayor Juslyn Manalo, is a community-based educator and literacy specialist who has worked with low-income preschool-age children, and has experience as an administrative manager for a local production agency. The City Clerk’s position assists and supports the public and departments by making available the records necessary for the city to advance its administrative and legislative functions.

“It’s also an office that more importantly, serves people. That’s what I think is missing: service to the people should be paramount and a priority…My platform focuses on providing better services to the people…by updating the website, making it more user friendly and demanding that it fits the needs of our community by making it bilingual,” Manalo said.

A Daly City native, Juslyn Manalo has served the city since 2016 as councilwoman, mayor (2017-2018), and currently vice mayor. She is running for re-election this November for another term. In a speech during the PAPC candidates forum, Manalo shared some accomplishments in service, from pushing for affordable housing to advocating against the closure of Seton Medical Center to raising the minimum wage to $15.

“That very same passion to serve I had four years serves brightly for the community ever more so in these very unprecedented times,” she said. “I’m working diligently with my colleagues, staff, and community leaders to work on a comprehensive recovery plan for our city.”

A retired geologist, Voltaire Montemayor is seeking another shot at the Milpitas mayorship. He is running against Rich Tran, the incumbent mayor and a medical social worker for Santa Clara County.

Marjan Philhour, formerly a senior advisor to San Francisco Mayor London Breed, is running for San Francisco Supervisor (District 1), which she previously ran for in 2016 and lost by 1,500 votes. The district covers areas like the Richmond District, Golden Gate Park, Lincoln Park and the University of SF. A daughter of Filipino and Iranian immigrants, Philhour has worked for members of Congress, a senior advisor to the California Governor’s chief of staff before her role with Mayor Breed. During her time in the latter position, she helped the Fil-Am community in adding a corrective plaque to the Dewey Monument in Union Square.

“There are thousands of Filipino Americans and Filipino American families that have really made our city what it is today and I think it’s now time for us to have a real seat at the table and also bring up so many community leaders who have done so much in the areas of business and civic engagement,” Philhour said.

A 20-year civil servant with the California Department of Education and treasurer for the Filipino American National Historical Society, Bobby Roy is running for Elk Grove Unified School District’s Board of Trustees (Area 3) in Sacramento County. Area 3 covers nine elementary, middle and high schools in the district. “But if I can get on the board and create conditions so that those great educators can better support students and better support the families that those students are coming from, then I want to be a part of that. Like I said, every child needs a champion,” Roy told the Elk Grove Tribune. 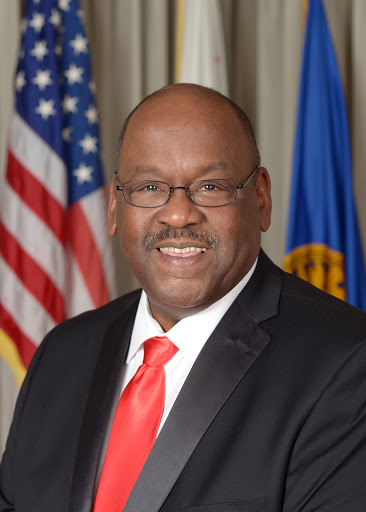 Glenn Sylvester, the son of a Filipina from San Nicolas and an African American father, is the current mayor of Daly City and is seeking another term in the city council. “Daly City’s council consists of 80% Filipinos and I am so proud. My top priorities have been public safety, affordable housing and budget maintenance,” he said. “Together, we have been instrumental in saving Seton Hospital, we champion the raising of minimum wage in our city, and we also champion gun buyback.”

Celsa Taraya, a financial consultant originally from Davao City, is running for a City Council seat in Hercules, where Fil-Ams make up 25% of the population. Taraya is running on a platform of fiscal stability and bringing in investments. “My dream is for Hercules to be a prime destination in the Bay Area,” she said.

Malia Vella is running for re-election to the Alameda City Council, which she was first elected to in 2016 and became the first Filipina to serve the city. She served as vice mayor for two years. She has a background in policy and constituent services as a former staffer of the California Senate and Assembly, and has worked as a policy director and attorney focusing on labor and employment law. She has worked to protect the displacement of Fil-Am tenants in Alameda and is currently focused on support for families and small businesses during the pandemic.

Rozzana Verder-Aliga, the first Pinay to serve as councilmember for the City of Vallejo, is seeking another term to represent District 1, which covers Hiddenbrooke and Northgate.

She touts accomplishments, such as restructuring the police department, balancing the budget, and improving infrastructure like local roads. “As we deal with unprecedented challenges posed by COVID-19, the economic crisis and our racial and social justice issues, it will take all of us working together in Vallejo and my leadership to move our city post COVID during the recovery period,” she said.

Alexander Walker-Griffin, who is African American and Filipino, is looking to give back to his hometown of Hercules. His leadership experience includes serving on the California Community College Board of Governors; being a founding member of Calbright College, the nation’s first 100 percent online community college; advocating for anti-gun violence legislation; and being a small business owner.

“I get that some of the challenges, especially with COVID, [have] brought a whole bunch of insecurities that we are facing to this very day,” Walker-Griffin, a member of the California Guard said. “My background in serving as a student body president and working with kids that are autistic has really shown me some insecurities in our society and in our city that I think can be patched up. And I’m a person that believes in collaboration, I don’t believe in working with silos.”

Errol Zshornack, a long-time resident of Millbrae and first-time candidate, is seeking a chance to serve the city council for four years. Originally from Quezon City, Zshornack built a career as a bankruptcy attorney. “I’m running for the opportunity to serve because the people serving Millbrae are basically the same people every year…That’s why my slogan is ‘new leadership, new hope,’” he said.