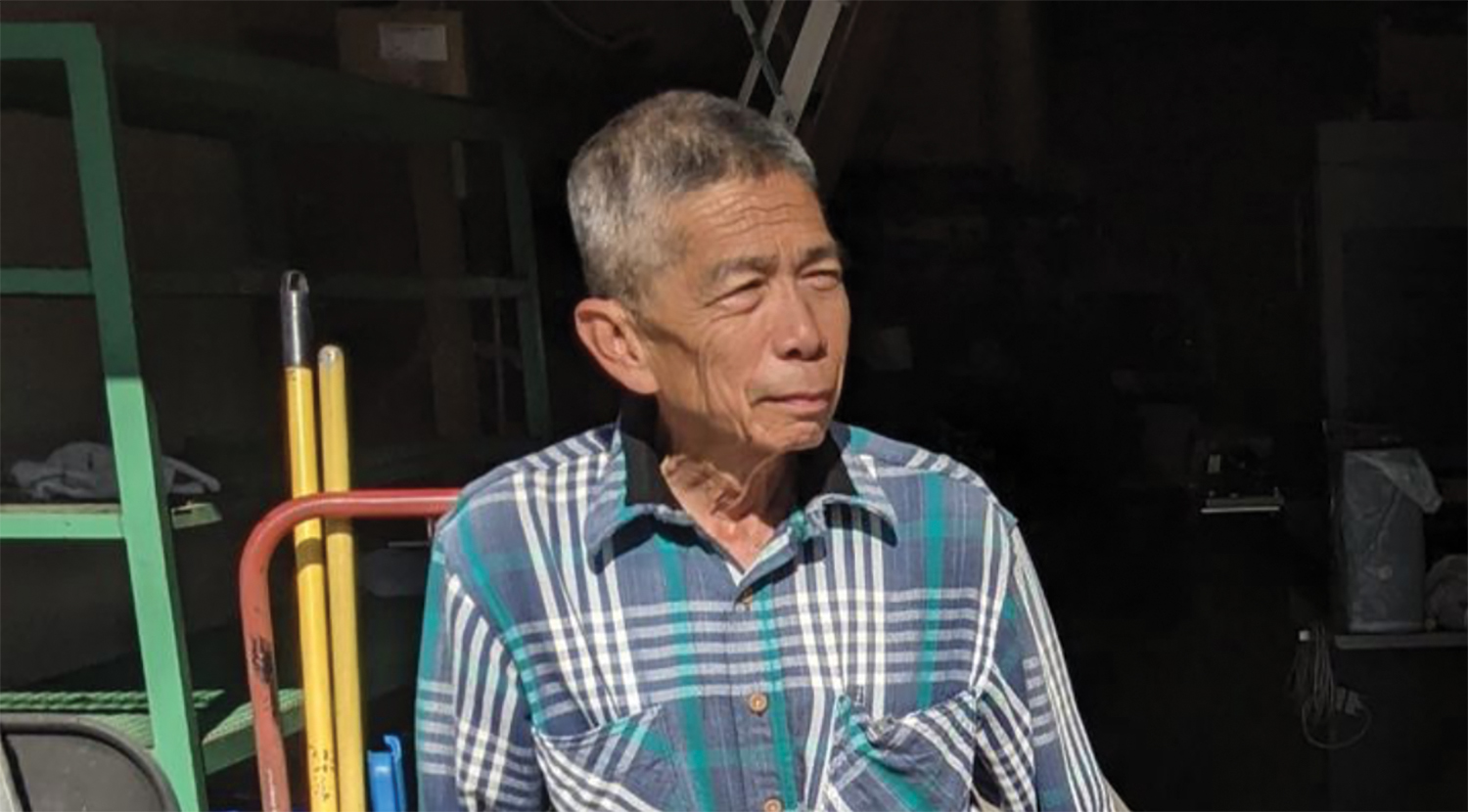 AN elderly Filipino victim has spoken out after being brutally attacked outside a trolley station in El Cajon, California earlier this month.

Serra, 71, was walking to a nearby manufacturing facility at the Arnele Avenue trolley stop around 5 a.m. on Nov. 3 when he was attacked by a man with a 12” knife, as previously reported by the Asian Journal.

He recounted what happened before the incident, saying a man got on the trolley and sat a few seats behind him.

“When he got on the trolley, all he did was ask me how to get to Spring Valley,” said Serra.

Later, he and the man both got off at the Arnele Avenue stop.

According to Serra, the attack came as a surprise because there were no interactions between them while they were walking.

“There was no change in his expression. Nothing. He just pulled out the knife and started slashing. It was a complete surprise,” he said.

“As soon as the knife started coming, I fell to the sidewalk, because I was bleeding like crazy,” he added.

In a news release, the El Cajon Police Department noted Serra “had numerous life-threatening stab wounds and had been severely slashed across his face.”

“The victim’s ear was nearly severed off and he had lost a significant amount of blood,” it said Thursday, Nov. 11.

Additionally, the ECPD released a photo of the suspect: 24-year-old Ezekiel Valdivia, a convicted felon who is out on early release.

Valdivia is described as a Hispanic man, 5 feet, 11 inches tall and weighing around 180 pounds. He has black hair, brown eyes, and numerous tattoos on his body, including a large “V” tattoo on his face.

Valdivia also has a history of assault, elderly abuse, and weapons charges.

While police have not yet ruled if the attack on Serra was racially motivated, the Filipino American Community is urging officials to get involved.

“Why did it take almost a week to get the word out that there is a dangerous man on the loose that had done this heinous crime,” said JoAnn Fields of the Filipino Resource Center.

She added, “We have to hold people accountable. If we are going to stop the cycle of violence then we need not just see something but to say something.”

A GoFundMe page has been set up to help Serra with the medical expenses as he recovers from his injuries. (Ritchel Mendiola/AJPress)