THE Philippines has for years provided the international community with caregivers who have watched over people of all ages in both hospitals and homes.

“You know how it is when you get a baby that is less than a pound delivered, and you get everything going, and then one day you see them go home with their parents? You’ll see right there — it’s a miracle,” said Riza Sarosa.

“You can see how the skin is so translucent. You can see pretty much everything — the heart beating on the chest. They’re so little,” added Juliet Joson. “Life is a miracle for them to be able to survive.”

Aside from both wearing glasses and being similar in height, the two are often called “twins” by their coworkers due to their similar backgrounds. 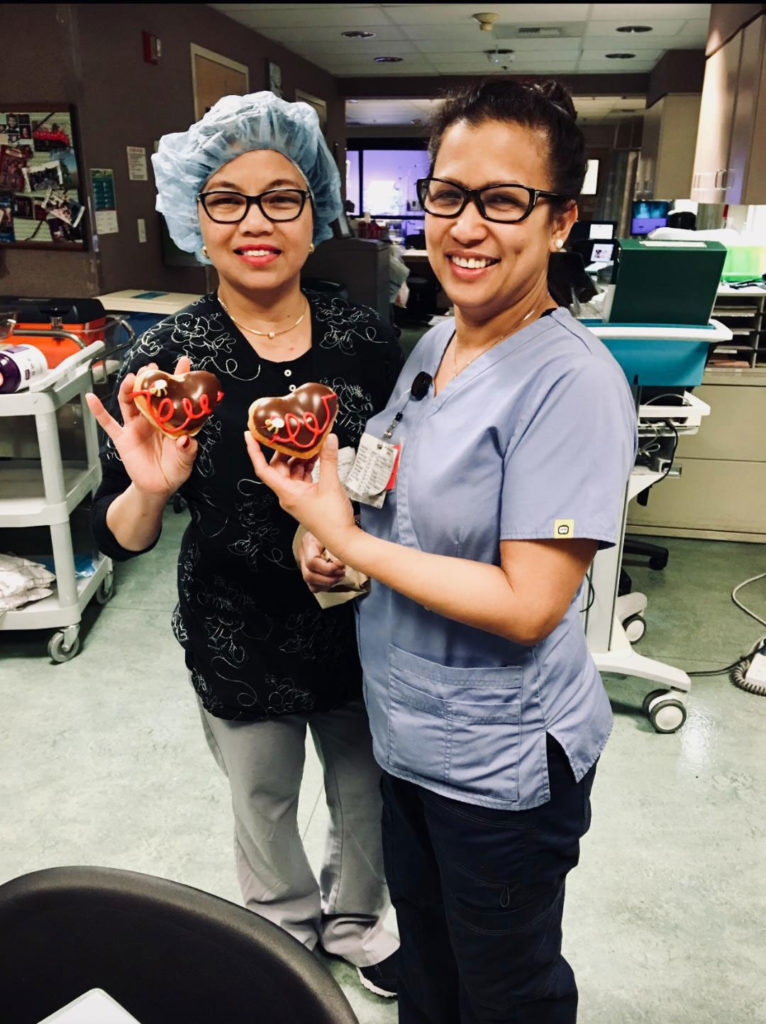 Both were born and raised in the Philippines, both went to university in the Philippines, and both eventually joined the millions of Filipinos who found themselves leaving home to find better opportunities abroad, specifically in the field of caregiving.

In Canada, where Filipinos make up a big majority of the nation’s caregiver workforce, a 39-year-old caregiver also shared her experiences.

Like Joson and Sarosa, she too left the Philippines with hopes of finding better opportunities.

“What I love about being a caregiver here is that family will treat you as family too,” said the caregiver in Canada who chose to remain anonymous. “I love taking care of the elderly because I treat them as my real parents or grandparents too.”Careg

For one, many have to deal with leaving behind their families and loved ones — sometimes not being able to be with them during tough times. Joson shared of how the last time she was in the Philippines was in 2012, when her father passed away.

It also often means putting personal plans on hold such as pursuing further education, which was the case for Sarosa and the caregiver from Canada.

And then there are the challenges that come from the jobs themselves.

Having first arrived in the country in 2016, the caregiver in Canada recounted that her first experience working in the country consisted of almost 24-hour workdays.

“I took care of three children, ages three, two, and one, while the mother was pregnant on their fourth child,” shared the caregiver.

“I resigned after almost four months because I was forced to work almost 24 hours a day,” she added.

After a month since leaving the first family, she went on to work for an elderly couple in their late 80s, staying for them a little over a year and five months.

“You have to feel what they feel. You have to see their needs too,” she shared.

But ask any Filipino who chose to care for others on what keeps them going, they’ll most probably nonchalantly respond by saying it’s just part of who Filipinos are.

“One quality of Filipinos is that they are very resilient,” said Sarosa. “They work hard. They have to help their family and they want to give back. And they just keep on going. They don’t give up.”

Such hard work and resilience is what makes many around the world consider Filipinos to be such great caregivers, said the caregiver in Canada.