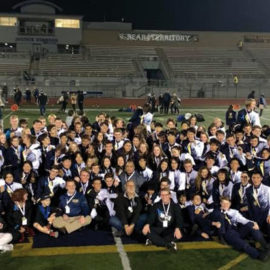 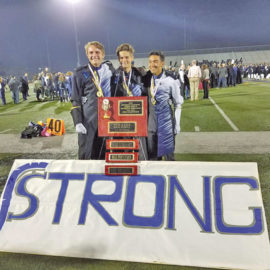 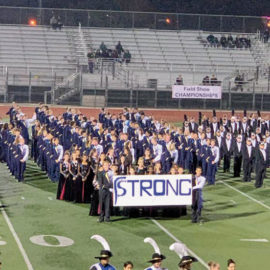 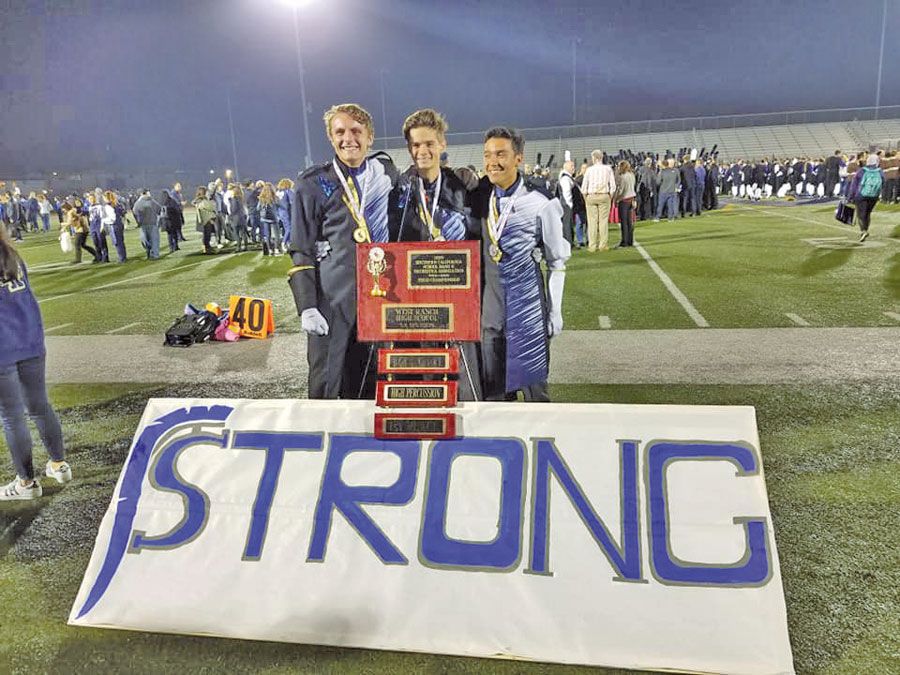 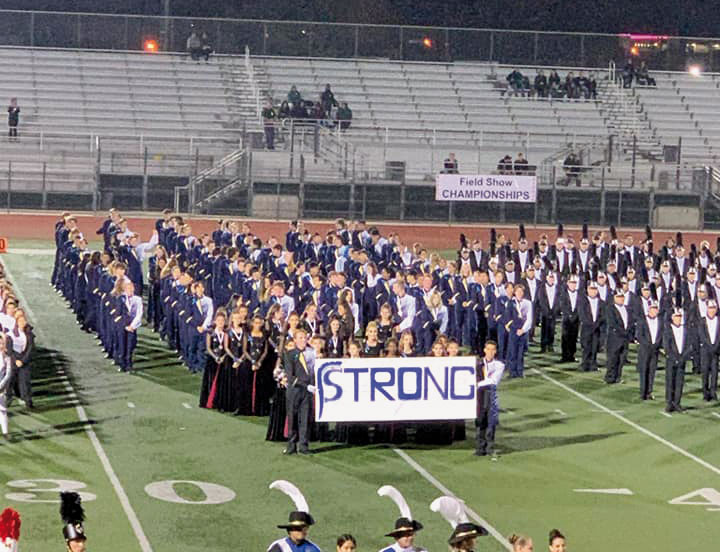 The win marks the fourth marching championship for the band following wins in 2007, 2008, and 2012, and the first time it has won all three major awards at the championships. In addition to taking home the gold for best band, the West Ranch Marching Band was also recognized for having the best color guard and percussion sections.

“I am so proud of the students for their wonderful performance at Championships. To regroup from the tragedy that struck our Valley just two days prior was inspiring. All of the students in the West Ranch band played beyond themselves that night and were galvanized for our community. To not only win the overall 5A state band championship, but also the high color guard and percussion awards, is just further testament to the hard-work and effort of the West Ranch students. Everyone contributed fully to the success of the group,” said Jason A. Marshall, Director of Instrumental Music at West Ranch High School.

The championship, which took place in Downey’s Warren High School, was the culmination of months of dedication, after-school rehearsals, competitions, and performances. But as the students went out on the field to showcase the fruit of their hard work, emotions this year were mixed due to the tragic Saugus High School shooting that happened just two days before.

During the competition, the young student musicians paid tribute to the victims of the recent Saugus High School shootings, holding up a “Saugus Strong” banner, and making sure to display the banner along with their awards. Both schools are part of the William S. Hart Union School District.

At a pizza night fundraiser held on Monday, November 18 meant to raise funds for West Ranch High School’s band program, proceeds were instead offered to go towards the Saugus High School Band Boosters.

“After four months of the students and staff putting their hearts and souls into this show and getting through so many challenges in this season, we are thrilled with their success,” said Marguerite Syvertson, President of West Ranch Band Boosters.

She added: “It’s more than that though. Dedicating this performance to Saugus High is what being part of the Band and Color Guard family is about, both at West Ranch and across the District.”

Established in 1937, the SCSBOA is the largest organization that serves over 1,000 schools in Southern California, and overseas marching band reviews and field show competitions. Only 12 schools are able to secure a spot to compete at the SCSBOA 5A Field Championship.

The West Ranch Marching Band and Color Guard has grown to be the largest and most successful group at West Ranch High School and consists of over 150 members from the school’s wind ensemble, symphonic band, concert band, and color guard. The school’s color guard performs as a unit with the marching band during the fall semester and has been recognized over the years as both Winter Guard Association of Southern California (WGASC) Gold Medalists and Winter Guard International (WGI) National Finalists.