It may not be the Nobel Peace Prize, but a Google Doodle made in your likeness is quite possibly one of the highest honors bestowed in the digital age.

On Tuesday, Nov. 27, Google dedicated its Doodle — a temporary alteration of the search engine’s iconic logo on its homepages — to Dr. Fe Villanueva del Mundo, an internationally renowned Filipina pediatrician, on what would have been her 107th birthday. 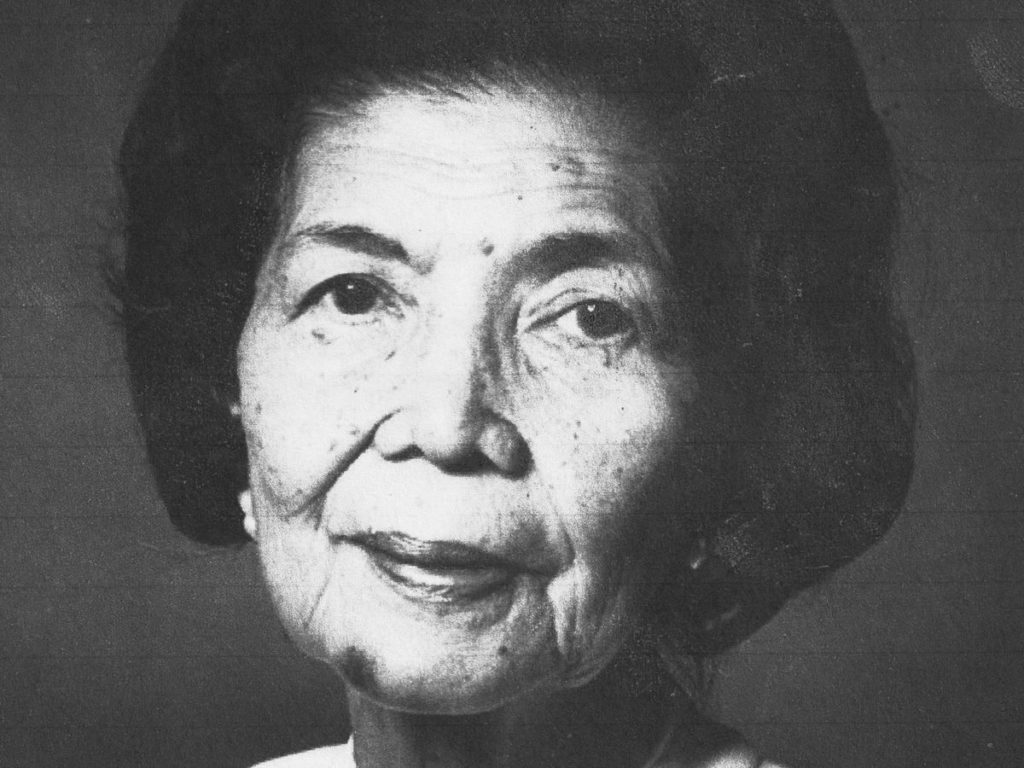 Del Mundo was the first woman admitted into Harvard Medical School, but her achievements in pediatrics made her a luminary in the medical field. During World War II, she cared for detained children and went on to establish the first pediatric facility in the Philippines.

Though she’s not exactly a household name, Del Mundo is one of history’s highly-acclaimed doctors and paved the way for other women and Filipinos to make their marks in the world of medicine.

And as an immigrant woman of color in pre-civil rights America who set the foundation for pediatrics in the Philippines, it’s not a surprise that Google would dedicate one of its famed Doodles after the famed doctor and scientist.

About Dr. Del Mundo
Born in the historic Intramuros district of Manila in 1911, Fe Villanueva del Mundo was one of eight children to Paz and Bernardo del Mundo, a prominent attorney and one-term Philippine assemblymember.

Three of del Mundo’s siblings died in infancy, and her older sister died of appendicitis at 11 years old; it was this latter tragedy that inspired del Mundo’s dream to become a doctor for the youth.

In 1926, the bright-eyed 15-year-old enrolled at the University of Philippines Manila (UPM) where she was class valedictorian. Del Mundo earned her medical degree in 1933 and passed the medical board exam, ranking third among examinees.

Following her graduation in 1933, Philippine President Manuel Quezon recognized Del Mundo’s achievements and offered her a full scholarship to any United States school of her choice. She chose the prestigious Harvard University, enrolling in Harvard Medical School, which previously did not admit female applicants, making her the first ever woman to study at that institution.

She studied at Harvard Medical School until 1938 and then briefly accepted a residency at Billings Hospital at the University of Chicago. She returned to Boston the following year as a research fellow at the Harvard Medical School Children’s Hospital and then earned a Master’s degree in bacteriology at the Boston University School of Medicine in 1940.

After nearly 15 years of academic study, Del Mundo returned to the motherland in 1941 right before the Japanese invasion of the Philippines. As a volunteer for the International Red Cross, she attended to children detained at the University of Santo Tomas, which was an internment camp for foreign nationals; this stint earned her the nickname “The Angel of Santo Tomas.”

She was then named director of the North General Hospital until 1948 when she joined the faculty of the University of Santo Tomas and the Far Eastern University thereafter.

Due to frustrations with the bureaucracies that come with working for a government hospital, she sold her home and other personal properties to establish her own pediatric hospital. The Children’s Medical Center in Quezon City was inaugurated in 1957 and was the first pediatric hospital in the country.

The 100-bed facility expanded in 1966 via the inclusion of an Institute of Maternal and Child Health — the first facility of its kind in the continent of Asia — to train doctors and nurses.

Throughout the decades, Del Mundo worked tirelessly and pioneered research on infectious diseases that plague at-risk communities. In addition to writing hundreds of articles and reports on diseases like dengue, polio and the measles, Del Mundo penned the Textbook of Pediatrics.

She continued to her work well into her 90s, making hospital rounds and seeing patients while in a wheelchair. In 2011, she passed away from a heart attack at the ripe age of 99.

“She is a big loss to the Philippines,” Dr. Yolanda Oliveros, former director of the Philippine Department of Health’s National Center for Disease Prevention and Control, said after Del Mundo’s passing. “We consider her as the Mother of Philippine Pediatrics and a very great scientist.”